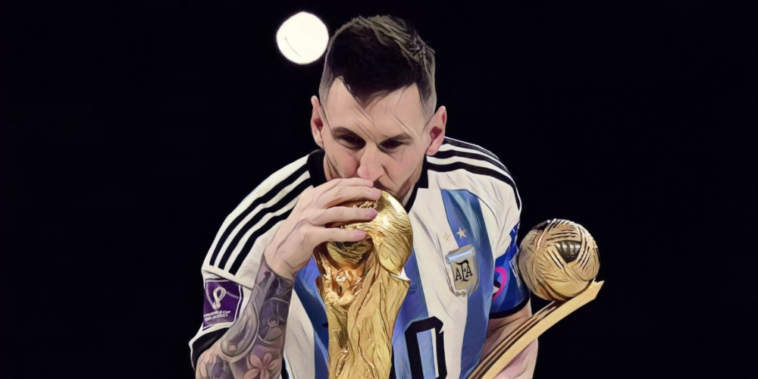 Lionel Messi has vowed to continue his career with Argentina after the nation’s World Cup triumph in Qatar.

Messi scored twice as Argentina were crowned world champions for a third time on Sunday, with the South Americans winning a penalty shootout after an exhilarating 3-3 draw with France.

The 35-year-old won the Golden Ball as the Player of the Tournament at the World Cup, as he added football’s biggest prize to his collection of honours and fulfilled a lifelong dream.

It had been suggested that the seven-time Ballon d’Or winner could retire from international football after the tournament, but Messi has insisted he will continue and soak in the celebration of Argentina’s first World Cup triumph since 1986.

“It’s the most beautiful thing there is,” Messi told TyC Sports. “Look what it is, it’s beautiful, I wanted it a lot. God was going to give it to me, I had a feeling that it was this, we suffered a lot, but we got it.

“Obviously I wanted to close my career with this, I can’t ask for anything anymore. Thank God he gave me everything. Closing almost my career like this, it’s impressive.

“After this, what will there be? I was able to get the Copa América, World Cup… It came to me almost at the end. I love football, what I do. I enjoy being in the national team, the group, I want to continue living a few more games being world champion.

“I can’t wait to be in Argentina to see how crazy that is going to be.”