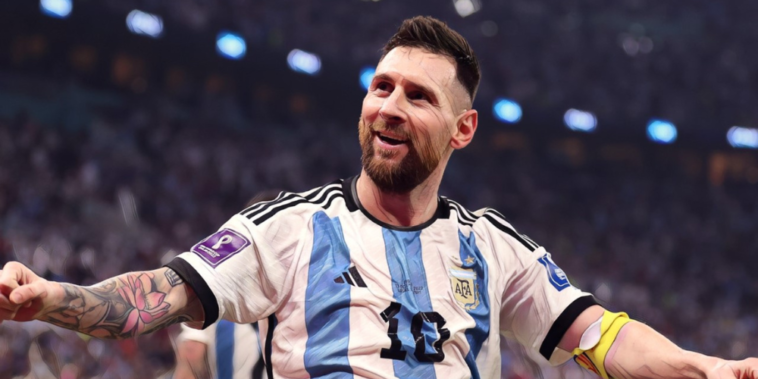 Lionel Messi has confirmed that this weekend’s final will be his last appearance at a World Cup.

Argentina will face either France or Morocco for the chance to be crowned world champions on Sunday, after Messi produced a mesmeric performance to lead his side to a 3-0 semi-final win over Croatia.

It has been a stunning tournament from the seven-time Ballon d’Or winner, as he looks to add the World Cup – the one glaring omission from his résumé – to his decorated list of major honours.

The 35-year-old scored one and created two other goals in the win over Croatia, and is now the joint-leading scorer in Qatar. On Sunday, he will surpass Lothar Matthaus for the most ever World Cup appearances (26) and confirmed that the final will be his last ever appearance at the tournament.

“I am very happy for finishing my journey in World Cups in a final, to play the last game in a final. That is really very gratifying,” he said, as per the BBC.

“Everything I lived in this World Cup has been emotional, seeing how much it has been enjoyed in Argentina.

“There are a lot of years from this year to the next one. I don’t think I will be able to do that. To finish this way is brilliant.”

Messi captained Argentina to the Copa America in 2021, ending the nation’s 28-year wait for a major title. It was a success that had came following numerous disappointments, including three previous final losses in the competition and defeat in the 2014 World Cup final.

He now has a second chance to win football’s biggest prize, a feat which many believe would cement his status as the greatest footballer of all time.

“We are going to do our best, as we have done up until now, so that this time it really happens – we really win it,” Messi said.

“I have been enjoying it the past few years, being with the national side. I am really enjoying everything that is happening to us.

“To get the Copa America, to reach the World Cup with 36 games unbeaten, and to finish all that trajectory in a final is just incredible.

“I hope the people in Argentina enjoy themselves and what we are doing. They shouldn’t doubt we are giving absolutely everything.”