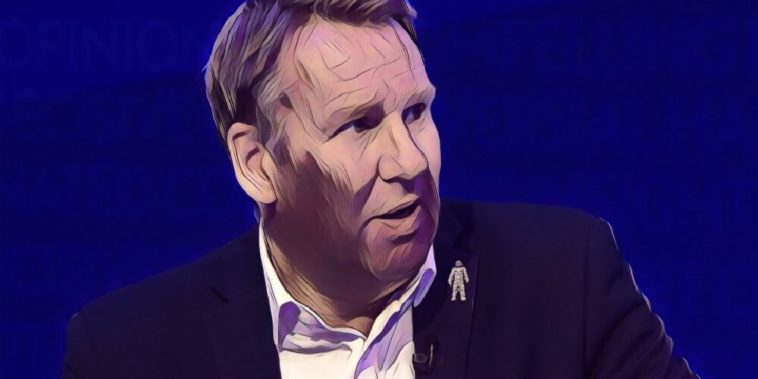 Paul Merson believes the loser of Arsenal v Manchester United this weekend will be out of the race for the top four.

Fifth-placed Arsenal host fourth-placed Manchester United at The Emirates on Sunday, with just a single point separating the sides as the bid for Champions League qualification.

Ole Gunnar Solskjaer’s United team head into the fixture on the back of a club-record nine successive away victories, and ex-Arsenal midfielder Merson believes another away day success for United would end the top four hopes of his former side.

“I think a lot of the top-four race goes down to this game on Sunday,” he told Sky Sports.

“That’s why it’s a massive football match, whoever loses won’t be in the top four.

“But if Arsenal lose they’ve still got a chance in the Europa League. People are telling me Manchester United could go on and win the Champions League, I’m not sure about that.”

Merson, however, believes either Arsenal or top four rivals Chelsea could find an alternative route into next season’s Champions League, with both side’s currently in the Europa League Round of 16, with the winners of European football’s secondary tournament securing a place in the Champions League group stage for next season.

“I think it’s the same for Manchester United, Chelsea and Arsenal, the longer you stay in these tournaments you can get into the scenario of what Manchester United did the other year – they stayed in the Europa League and put all their eggs in that basket and couldn’t get in the top four.

“I think it’s important for Arsenal and Chelsea to do that at the moment. I think Arsenal will go through, I think they’ll have far too much for them in the second leg but there’s some very good teams still left in it.”