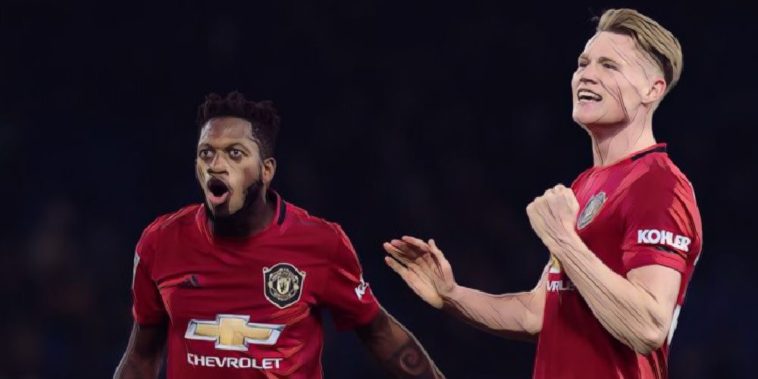 Scott McTominay has discussed his partnership with Manchester United midfielder Fred and his excitement at playing alongside Bruno Fernandes.

The Scotland international is currently recovering from a knee injury that has kept him sidelined since Boxing Day, though his return to light training and inclusion in the Manchester United‘s warm-weather camp in Marbella will be a welcome boost to Ole Gunnar Solskjaer’s plans.

McTominay has become an increasingly influential player in Solskjaer’s developing side this season, with the 23-year-old forming a promising partnership alongside Fred in midfield.

The latter endured a difficult debut season in English football after arriving from Shakhtar Donetsk in 2018, though he has produced a series of improved performances this season and McTominay insists it is ‘a pleasure to play alongside’ the Brazilian international.

“He is a pleasure to play alongside and he is a great guy as well,” McTominay told manutd.com.

“We get on really well and have a good relationship off the pitch. He’s a pleasure to work with and he’s a player who I admire a lot.

“He has come on leaps and bounds in the past few months, and he deserves all of the credit he is getting at the minute. Long may it continue as well.”

Upon his return, McTominay will join new signing Bruno Fernandes in United’s midfield, the Portugal international having been the club’s marquee addition of the winter window, signing from Sporting Lisbon in a deal which could rise as high as £68m.

The 23-year-old admits he has been impressed by the ‘brief moments’ he has seen from Fernandes in training so far, and admits he can’t wait to line up alongside the midfielder when he makes his own return to full fitness.

“Yeah, in the brief moments that I have seen him in training, he has looked really, really good,” he said.

“He has looked like every type of player that the manager wants as well, so hopefully that can come to us on the pitch and he can show us what he can do. I can’t wait to play alongside him.”

Fred delivers brutally honest assessment of Manchester United’s problems, and there are ‘lots’ of them