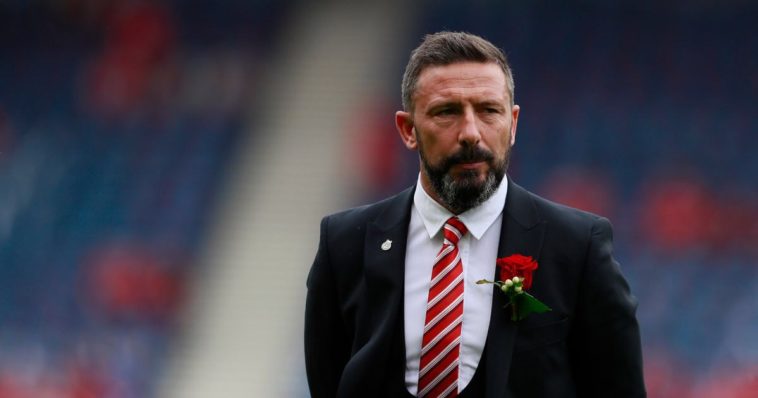 Derek McInnes has dealt an embarrassing blow to Sunderland by sensationally rejecting the opportunity to become their manager.

Only yesterday, we brought you news that Aberdeen had reluctantly given McInnes permission to speak to the Black Cats’ vacant manager position.

The position was made vacant after former Everton and Man Utd boss David Moyes quit the club last month.

However after having holding discussions with Sunderland chiefs, he has decided to stay with the Scottish Premiership runners up.

A statement released by Sunderland reads:

“We have been in discussions with a number of potential manager candidates over recent weeks,”

“In the last few days we have been negotiating with Aberdeen Football Club in order to allow us to speak with Derek McInnes. Having held initial discussions, both ourselves and Derek have decided not to progress with further talks and we will continue with our recruitment process”.

It is thought that ex-Bristol City boss decided against the move to the Stadium of Light after being told there were no funds to rebuild the squad.