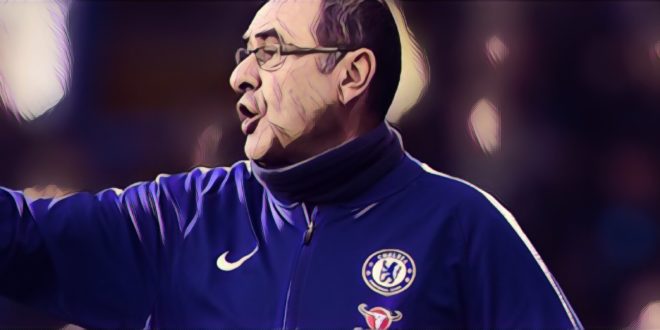 Serie A champions Juventus have today announced that Maurizio Sarri is their new manager.

Former Napoli boss Sarri returns to his homeland to take over as boss of the Old Lady after Max Allegri stepped down at the end of the season to take a year long sabbatical.

As we reported earlier this week Chelsea have allowed the 60-year-old to depart Stamford Bridge after agreeing to accept a compensation deal from the Turin based outfit worth £5 million.

Sarri only took over as Chelsea boss from fellow countryman Antonio Conte last summer and, on paper at least, the 60-year-old enjoyed a succesful season at Stamford Bridge: finishing in third place in the Premier League, reaching the Carabao Cup final, and winning the Europa League.

However, that does not tell the full story of the former Napoli boss’ tenure, with his previously heralded ‘Sarri-ball‘ style of play coming in for heavy criticism from his club’s own fans and many pundits. In fact, Sarri is a hugely unpopular figure with the Stamford Bridge faithful and cries of ‘f*ck Sarri-ball’ could regularly be heard at Chelsea games over the last few months.

Chelsea legend and current Derby County boss Frank Lampard is the bookies favourite to take over as Blues manager.