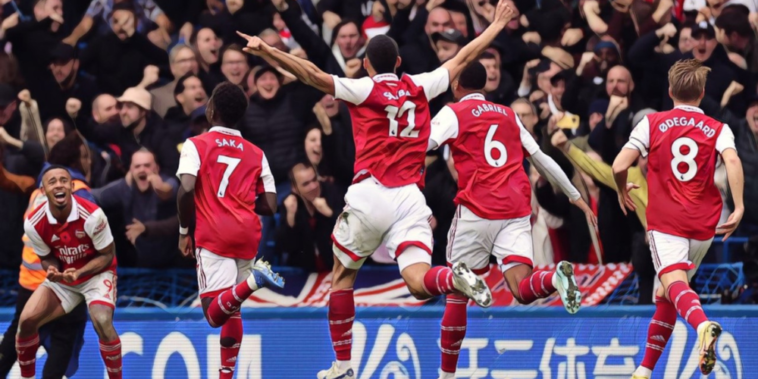 Wolves take on Arsenal this weekend, with the struggling side set for a difficult challenge as the Premier League leaders arrive at Molineux.

In the final round of fixtures before the World Cup break, the visiting Gunners will be hoping to maintain their lead at the top of the division.

Here is all you need to know about Saturday’s fixture.

Wolves are in real trouble in the Premier League and sit second from bottom of the division after no wins from their last four games. Julen Lopetegui arrives with a fine reputation, but will not take charge until after the World Cup break and faces a sizeable task to turnaround the fortunes of the league’s lowest scorers upon the season’s return.

Wolves have scored just eight goals so far this season and their lack of firepower has been an issue for some time, with no obvious fix as the veteran Diego Costa – currently suspended – has led a forward line in need of support.

Getting the best from a talented midfield will be imperative. Ruben Neves remains the central figure in the side after failing to secure a move away during the summer and has been trusted with the captain’s armband this season following Conor Coady’s exit. There’s also more to come from Matheus Nunes, who has shown just flashes of his talent to date.

Arsenal remain top of the Premier League and sent out a statement with a 1-0 win at Chelsea last weekend, with the Gunners far more comfortable than the scoreline suggests. It was another sign of progress from Mikel Arteta’s team, who have already beaten Spurs and Liverpool to open up a narrow lead over Manchester City.

The north Londoners suffered a setback with a 3-1 defeat to Brighton in the Carabao Cup in midweek and Arteta has called for new additions as he looks to add depth to his squad. It’s been almost flawless for Arsenal in the Premier League so far this season, but their inexperienced squad will be tested to its limit following the season’s return after the World Cup.

Arsenal’s dropped points this season have come on the road, but the Gunners still boast the division’s best defensive record in away fixtures. Arteta’s side have five clean sheets from seven away fixtures in the Premier League so far this season.

Arsenal came from behind to score two late goals and earn a dramatic win over Wolves in February.

Bruno Lage’s side looked set to claim three points in north London after Hwang Hee-Chan’s early opener, with the South Korean capitalising on Gabriel’s short back-pass to put the visitors ahead.

However, two goals in the final eight minutes completed a comeback that boosted Arsenal’s top four hopes. Nicolas Pepe found the breakthrough for Arsenal, as he collected Eddie Nketiah’s pass with a sharp turn inside the area to fire home an equaliser.

The Gunners pushed forward for a winner and stole the result in stoppage-time, as Alexandre Lacazette’s effort was deflected into his own goal by Jose Sa in a cruel moment for the Wolves goalkeeper.

Is Wolves v Arsenal on TV?