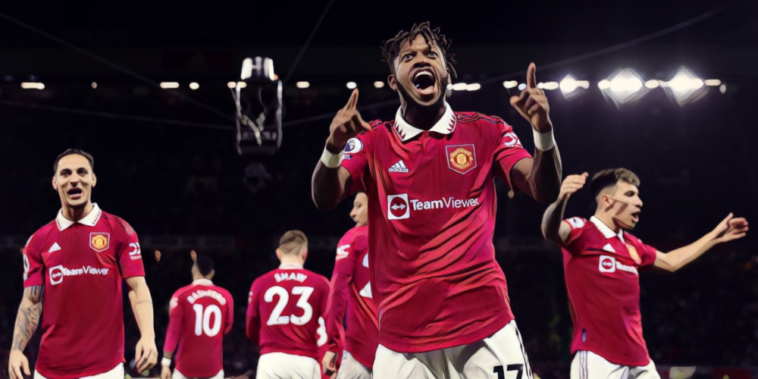 Manchester United host West Ham in the Premier League this weekend, as the Red Devils look to improve their top four hopes.

The Hammers have recovered since a difficult start to the season and will be looking to challenge for the European positions after climbing into the top half.

Manchester United are seven games unbeaten in all competitions, having responded to their Manchester Derby mauling with an improved run of form. That sequence has included sealing Europa League progress, while remaining unbeaten in three fixtures with Newcastle, Chelsea and Spurs.

The win over Spurs was the Red Devils’ best performance of the season and Ten Hag has discussed the benefits of an atmospheric Old Trafford. Cristiano Ronaldo returned to the team for the 3-0 win over Sheriff Tiraspol on Thursday and it remains to be seen how the forward is reintegrated back into the side after his punishment last weekend.

📈 Striving for improvement in every performance.

"You always want more but in the end, there were a lot of positives in this game."#MUFC || #UEL

The Portugal captain has started just two league games so far this season, but could provide the cutting edge against a West Ham team who have been impressive defensively of late. Only Manchester City have a lower xGA (expected goals against) figure than the Hammers since the start of October.

It’s six wins from eight games in all competitions for West Ham, who secured their place in the Europa Conference League’s last 16 on Thursday evening.

David Moyes rotated his squad for the game, having expressed his unhappiness with the Premier League’s scheduling of the club’s clash with Bournemouth for Monday evening, before a European encounter.

Both games were navigated with victories however, and the Hammers are back in the Premier League’s top half after a difficult start to the season. The return of Nayef Aguerd is a welcome boost for the Hammers, with the summer signing making his long-awaited debut against Sikeborg. The Moroccan sustained an ankle injury in pre-season, but produced an assured performance on his first appearance for the club.

West Ham will need their backline to be at its best as Moyes looks to address a woeful away record against the Premier League’s top teams. He has failed to win an away game in 69 attempts against Manchester United, Liverpool, Chelsea or Arsenal.

Manchester United snatched a stoppage-time win against West Ham in the last meeting between the teams, as Marcus Rashford’s late, late goal saw the Red Devils leapfrog the beaten Hammers into the top four.

West Ham looked to have earned a point after a performance full of organisation and defensive discipline, but United stole the points in dramatic fashion with virtually the last kick of the game at Old Trafford.

Less than 30 seconds of stoppage time remained when Rashford turned home, as United broke forward with Edinson Cavani rolling across a pass for the England international to tap in at the far post.

United moved into the top four with the win, though neither side ended the campaign with Champions League qualification.

What channel is Man United v West Ham on?