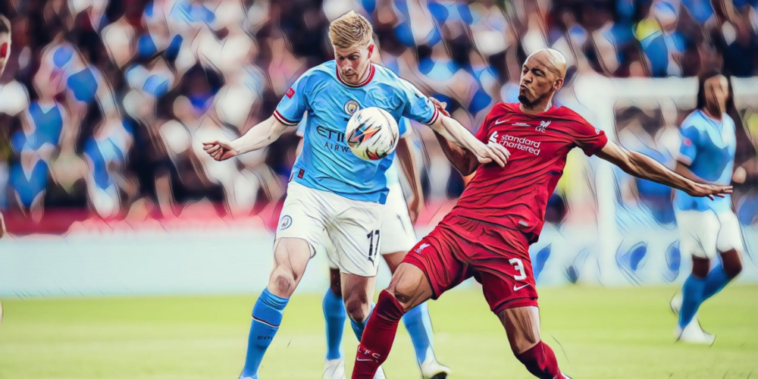 Liverpool have struggled to replicate last season’s performances to date, ahead of what promises to be a fascinating match-up between two teams who have regularly contested for major honours in recent campaigns.

Here is everything you need to know about Sunday’s showdown.

Liverpool’s league form has been a major concern for Jurgen Klopp with last weekend’s loss at Arsenal leaving the Reds’ tenth in the Premier League.

There is already a 14-point gap between Liverpool and leaders Arsenal, ahead of the Premier League’s toughest test as champions City arrive at Anfield this weekend.

Klopp’s side will have been encouraged by a morale-boosting 7-1 win at Rangers in the Champions League in midweek, an emphatic win that leaves the Reds on the brink of qualification to the knockout rounds.

The fastest hat-trick in #UCL history 👑

Roberto Firmino continued his excellent form with two goals and an assist, while there was a major boost as Mohamed Salah rediscovered his touch with a six-minute hat-trick off the bench – the fastest in Champions League history.

Andy Robertson’s return was another positive as Liverpool look to address their defensive issues. The Reds have conceded the first goal in seven of their 12 fixtures in all competitions this season.

Manchester City are approaching top gear despite a goalless draw in Copenhagen in midweek, as Pep Guardiola chose to rest key personnel – including Erling Haaland – for the trip to Denmark.

That result secured Champions League progress and attention can now turn to the Premier League and overtaking Arsenal at the top of the division. Just a point behind the leaders, City remain unbeaten and have won three consecutive Premier League games, scoring 13 goals in the process.

A tough test ahead at Anfield 💪#ManCity | @okx pic.twitter.com/vw0PJ2sAnW

Haaland has now scored in seven successive league fixtures to take his total to 15 goals in nine Premier League appearances this season and Jamie Vardy’s 11-game streak is in his sights ahead of the trip to Liverpool.

City have injury concerns with John Stones and Kyle Walker on the sidelines, but Manuel Akanji has proven a shrewd signing after his deadline day arrival. The Switzerland defender has occupied at right-back and centre-back with a number of impressive performances.

Few would have envisaged Liverpool’s struggles this season following an impressive performance in the Community Shield.

Liverpool looked sharper and fitter than their opponents who had decided on a shorter pre-season, running out 3-1 winners at the King Power Stadium in the campaign’s traditional curtain-raiser.

Trent Alexander-Arnold opened the scoring with a curling effort from the edge of the area, before substitute Julian Alvarez brought the sides level with a close-range finish. Mohamed Salah restored Liverpool’s lead from the penalty spot after Ruben Dias’ handball and Darwin Nunez marked his first appearance for the Reds with a goal off the bench to seal the win.

Erling Haaland struggled on his first appearance for City with a series of missed chances, including with the goal gaping late on. Much, however, has changed since then.

What channel is Liverpool vs Man City on?