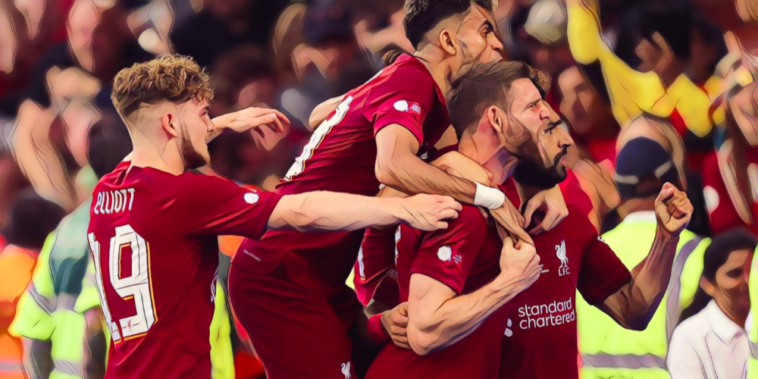 Liverpool host Brighton in the Premier League this weekend with both teams set to be in league action for the first time in almost a month.

The Seagulls travel to Merseyside for their first fixture since Graham Potter’s exit to Chelsea, with Roberto De Zerbi set for a tough test in his first game in charge.

Liverpool have struggled to hit top gear so far this season and sit eighth in the Premier League, having won just two of their opening six Premier League games.

A convincing Champions League defeat at Napoli further increased the inquest, though the Reds responded with a late win over Ajax at Anfield in an improved performance.

Attentions now turn back to the league and reducing the gap to the Premier League’s early pacesetters. Jurgen Klopp will have arguably his strongest squad of the season so far available this weekend, with a number of names returning.

Trent Alexander-Arnold received a well-publicised if unwanted rest with England this week, while the likes of Thiago Alcantara and Joel Matip did not go on international duty.

Diogo Jota and Jordan Henderson also made encouraging returns for their national sides, while Mohamed Salah, Fabinho and Virgil van Dijk have all had midweek rests.

Brighton have won four of their past five fixtures across all competitions, the sort of form which led to Chelsea’s interest in Graham Potter.

Potter’s exit was a huge blow, with the Seagulls set to begin their new era under former Sassuolo and Shakhtar Donetsk manager Roberto De Zerbi.

There will be a sense of intrigue at how the Italian sets up a previously successful Seagulls side, with chairman Tony Bloom having promised ‘an exciting and courageous brand of football’ under the new boss.

Brighton are fourth in the Premier League and thrashed Leicester 5-2 last time out, but have not featured in competitive action since that win on September 4, due to the postponements around the death and funeral of Queen Elizabeth II. Whether that break has helped or hindered the Seagulls remains to be seen.

Liverpool extended their winning run in the Premier League to eight games after a comfortable 2-0 win at the Amex Stadium in March.

Luiz Diaz continued his impressive start to life at Liverpool with the opening goal, as he bravely headed the Reds ahead after racing onto Joel Matip’s long pass.

Diaz beat the onrushing Robert Sanchez to the ball and received treatment after being clattered by the Seagulls shot-stopper, who was fortunate to escape punishment.

Mohamed Salah sealed the win with a second-half penalty, after Yves Bissouma was penalised for a handball. The Egypt international made no mistake from the spot to score his 20th of the season and Liverpool’s 2000th goal in the Premier League.

What channel is Liverpool vs Brighton on?

Liverpool vs Brighton will not be broadcast live to a UK or Irish audience.