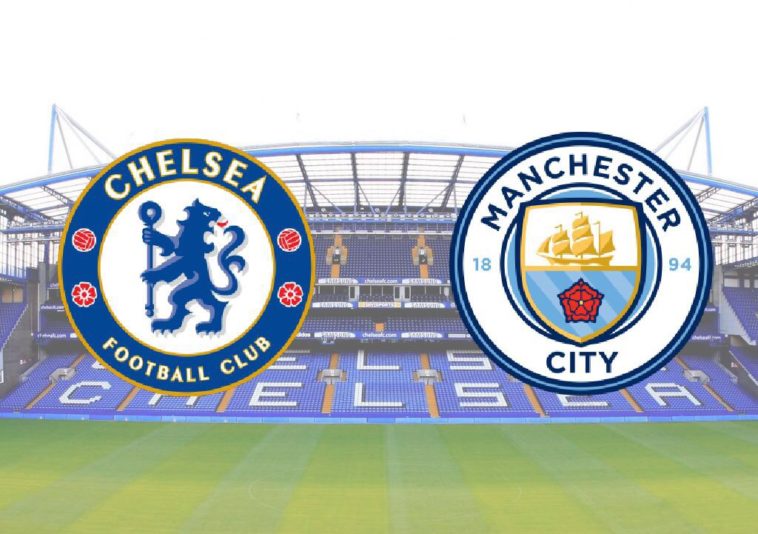 It’s not time for the El Clásico, but the “Oil Cashico” as Chelsea take on Manchester City in Premier League action on Saturday at Stamford Bridge.

The two juggernaut clubs will face off once again. These clubs became juggernauts in the first place when Roman Abramovich and Sheikh Mansour heavily invested in the clubs they purchased in this millennium. With an influx of funds to the war chests, the two clubs in blue soon became contenders in England and Europe.

Both teams made some big money signings this summer in order to stay competitive in England and Europe. Chelsea signed Álvaro Morata and Antonio Rüdiger, while Manchester City made a big splash of cash to bring in Kyle Walker and Benjamin Mendy among many other names.

It’s a battle within the top three of the Premier League. Can Chelsea be the first club to win three points off Manchester City this season? Only time will tell.

This is a public service announcement reminding you to wear your seatbelts when riding in vehicles.

The club has confirmed that Sergio Agüero was involved in a car accident in the Netherlands on Thursday. He reportedly suffered a broken rib.

Reporters are saying that the accident could have been much worse, but the striker had his seatbelt on to prevent any significant or fatal injuries. Agüero could miss two months to recover from his injury, leaving Gabriel Jesus to lead the line against Chelsea.

I put this first because it’s breaking news that Agüero could miss the match on Saturday. However, it’s more important that he’s fine, and avoided any career-ending or life-threatening injuries due to a simple task of wearing a seatbelt when in a car.

This could have happened to anyone. Tiémoué Bakayoko was reported to have been in a car crash a few days before the game against Stoke City. It’s never a good feeling to lose someone to injury, even if it’s a key player of a rival club. Get well soon, Kun.

Everybody else, don’t forget to wear your seatbelts.

Agüero may not play now, but it’s still worth it to compare Morata to one of the best strikers in the Premier League.

Both players have scored six goals each to begin the Premier League campaign, with Agüero having played more minutes. It’s worthwhile to note that each of them have scored a hat trick already.

The Argentine is known as one of the best to ever wear the sky-blue shirt. He’s only one goal away from tying Eric Brook as all-time top goalscorer for Manchester City.

It’s still very early into his Chelsea career, but Morata is achieving similar numbers while playing with a slightly weaker team. City is full of attackers with Jesus, Kevin De Bruyne, Raheem Sterling, and Leroy Sané.

Chelsea are starting to find their groove now that Eden Hazard is back at full health, along with a more solid midfield trio of Bakayoko, N’Golo Kanté, and Cesc Fàbregas. Morata has started off well, but the best is yet to come.

David Luiz is out of the picture for this match while he serves a suspension for an earlier red card. This leaves youngster Andreas Christensen in line to slot into the middle of the three defenders. Rüdiger might play, but Christensen is more of a natural replacement as a ball-playing center-back like Luiz.

The Danish defender will be facing one of the most prolific attacks of the Premier League. Pep Guardiola’s teams have always been known to be strong on offense. In six matches, Manchester City has already scored 21 goals with a goal differential of +19.

Christensen has always been calm with the ball, but that might change when facing the Cityzens. It’ll be his chance to shine, to prove to Antonio Conte that he’s ready for the Premier League. It’ll be the ultimate test of defense to keep a clean sheet against the Premier League leaders.

David Luiz is suspended, and Danny Drinkwater is still injured for Chelsea. Otherwise, all players should be available for selection.

Agüero is hurt, and Benjamin Mendy recently ruptured the anterior cruciate ligament in his right knee. He’ll be out for the rest of the season. Fabian Delph and Danilo will replace Mendy at left back, and a transfer for another defender in January is not out of the question. Vincent Kompany is also injured, and has missed the last three Premier League matches. His status is still unknown.

This tilt could go either way, but I expect goals to be scored.