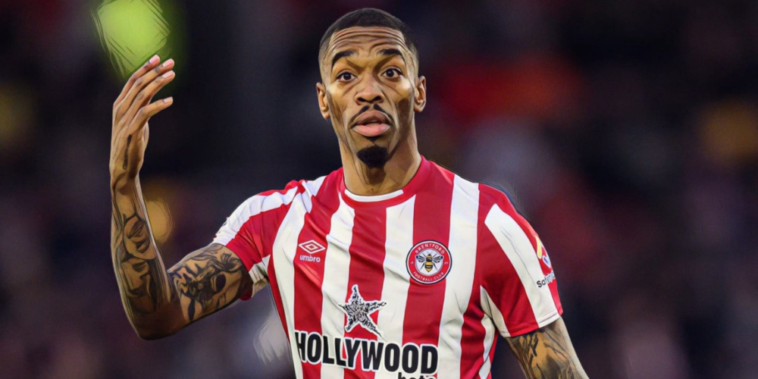 The Premier League returns with an action-packed Boxing Day schedule, beginning with a London derby as Brentford take on Tottenham in the lunchtime kick-off.

Here’s all you need to know about Monday’s fixture at the Gtech Community Stadium.

Brentford headed into the World Cup break in dream fashion, ending a winless run with a stunning upset of Manchester City at the Etihad.

Ivan Toney scored twice in the Bees’ 2-1 win over the Premier League champions, sending a statement to Gareth Southgate after his omission from England’s World Cup squad. It was a first win in five games across all competitions for Thomas Frank’s side, a run which included an embarrassing exit on penalties to Gillingham in the Carabao Cup.

It saw Brentford climb to tenth, six points clear of the relegation places in a congested bottom half of the table. Toney’s form this season has been crucial to the Bees with only Erling Haaland and Harry Kane having scored more than the forward’s ten Premier League goals.

His immediate future is uncertain, however, as the FA investigate alleged gambling offences. He has been charged with 262 offences and could face a potential ban if found guilty. The investigation has been ongoing for seven months and has not impacted his form, though Frank will want more goals from elsewhere in his side. Bryan Mbuemo and Yoanne Wissa are the next highest scorers at Brentford, with just three each this season.

Brentford have warmed up for the season’s return with a friendly defeats to Bordeaux (2-1) and Celta Vigo (3-1) and draw with Wolfsburg (2-2).

Tottenham came from behind to win a thriller with Leeds in their final fixture before the break, as Rodrigo Bentancur’s late double sealed a 4-3 win for the north Londoners.

Antonio Conte’s team have been plagued by slow starts in recent fixtures, conceding the first goal in their last eight games across all competitions. Conte will demand his side start better in games, though Spurs are likely to be without Hugo Lloris and Cristian Romero for the Premier League’s return, after each featured in the World Cup final.

🎙 “It was a positive night”

Richarlison and Bentancur are also expected absentees, with the former set to be ruled out for a month. A virus has also added further complications to Conte’s plans, as he looks to begin the restart with a positive result.

Spurs are fourth in the Premier League table at present, three points ahead of Manchester United having played a game more. However, it’s three defeats in five league games for Spurs, who need to improve to hang on to a Champions League place.

Tottenham’s hopes of securing Champions League football suffered a setback after they were held to a goalless draw at Brentford in April.

Neither side was able to break the deadlock, but it was Brentford who had the better chances. Harry Kane cleared a goal-bound Pontus Jansson header off the line, while Ivan Toney hit the post after meeting a free-kick in added-time.

The clash saw Christian Eriksen feature against his former team and the Denmark midfielder was given a warm reception from the Spurs support, following his recent return to football. Spurs lacked ideas in the final third and failed to register a shot on target for the second successive Premier League fixture.

In two meetings with Spurs since returning to the Premier League, Brentford have failed to score a goal.

What channel is Brentford v Spurs on?