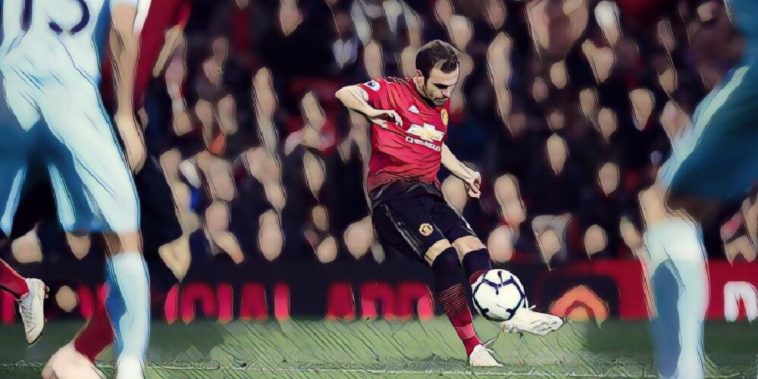 Manchester United attacker Juan Mata has admitted it will be tough for his side when they travel to Stamford Bridge to face Chelsea this weekend, although he also revealed that facing his former club is always a special game for him.

Mata played for Chelsea between 2011 and 2014 and enjoyed plenty of success with the Blues, winning both the Champions League and Europa League.

The 30-year-old Spain international moved to Manchester United for £37 million in January 2014, although he has revealed that he remains friends with several players from his old club.

”It’s always a special game for me against Chelsea and it will be tough – they are doing good,” Mata told Manchester United’s official website.

”They have a new manager and they play with more or less the same players but in a certain style.

”I know many players and people from the backroom staff there.

”Cesar Azpilicueta is a very good friend from the time I was playing there. David Luiz is still there, Willian’s still there. Eden Hazard, who is a good friend, and Gary Cahill… so there are still some players there I know.”

Mata concedes his side will face a difficult task at Stamford Bridge with Chelsea boasting a team full of excellent players in top form.

“I believe they have a good team, a good squad and they have a squad full of quality players, experienced players,” Mata added.

“They have players like Hazard, Willian, Pedro and Cesc Fabregas. They signed Jorginho who fits perfectly with Sarri’s style, so I’m not surprised with the way they are playing, because I think they have the players to play like that.”

“As I said it’s going to be difficult. Stamford Bridge is a difficult stadium, but we have to try to keep going with the amazing 20, 25 or even 45 minutes that we did against Newcastle. I think the second half was very, very good and we must try to build from there, try to play our game, try to win and then think about the next fixtures.”

Chelsea currently sit joint top of the Premier League after eight games, whereas United are in eighth, having lost three of their opening eight fixtures.