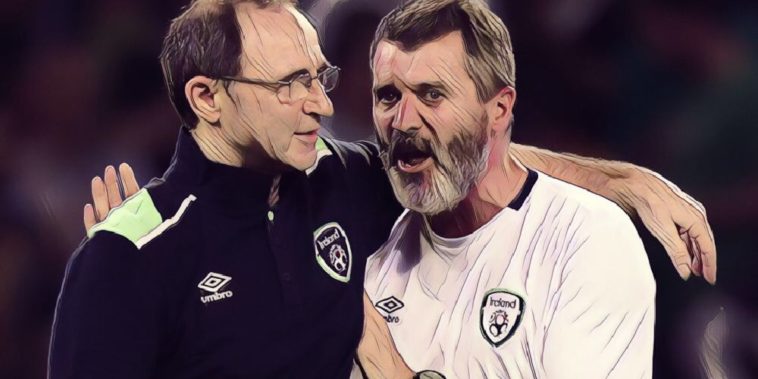 New Nottingham Forest manager Martin O’Neill has revealed that he would like Roy Keane to join his coaching staff at the City Ground.

Both men previously played for Forest, and Keane was O’Neill’s assistant during his spell as boss of the Republic of Ireland.

The pair guided the Boys in Green to the last 16 of the Euro’s in 2016, although their reign came to and end last November after heavy criticism of O’Neill’s tactics – or lack thereof – and Keane’s abrasive man management style.

O’Neill though seems eager to work with fiery Corkman Keane again, although he does admit that the former Manchester United midfielder can be hard to handle.

“I’d like him to join us,” O’Neill told the press ahead of his side clash with Bristol City this weekend.

“He has a number of things to sort out himself and I think we’ve had some discussions here.

“There’s a spot open for him and I hope that may happen. It may not, he has a number of things to consider, but he’ll keep me informed.

“He was a great asset to me with the Republic of Ireland, we had some really great days. He can be tough to handle, but you know that with him and that what makes him pretty special.”