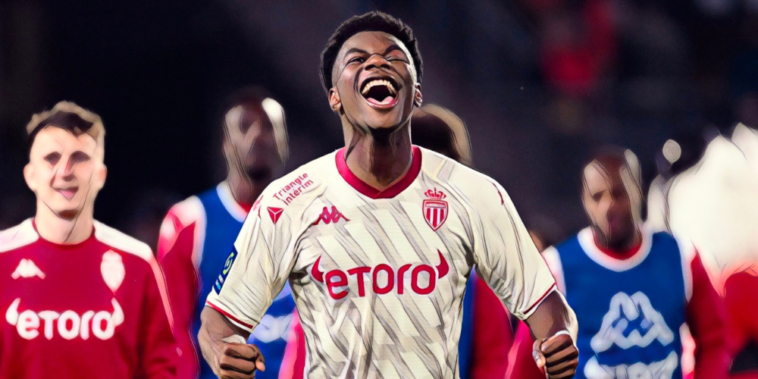 Monaco remain masters of the transfer market and have once again raked in a huge fee this summer, sanctioning the sale of Aurelien Tchouameni to Real Madrid.

The Ligue 1 side have regularly unearthed and developed top talent before selling it on for massive fees, a business model which has seen the club remain competitive at the top end of French football.

Tchouameni is the latest player to earn Monaco a significant profit, having been signed from divisional rivals Bordeaux before developing into one of Europe’s most promising midfielders across two seasons in the principality.

Following his big-money exit to the Bernabeu, we’ve looked back as Monaco’s five most expensive sales.

Anthony Martial’s exciting emergence at Monaco saw the forward become the most expensive teenager in world football when signing for Manchester United in 2015.

Martial had signed for Monaco in a €5m deal from Lyon two seasons earlier, before enjoying a breakthrough campaign in 2014/15 to score 12 goals in all competitions.

His performance attracted interest from the Premier League and saw Martial complete a big-money move to Manchester, signing for an initial fee of £36m rising to £58m with add-ons.

The Frenchman marked his debut with a stunning solo goal against Liverpool at Old Trafford and has since made 269 appearances across all competitions for the Red Devils, scoring 79 goals.

He was named as the club’s Players’ Player of the Year after a career-best campaign in 2019/20, but has since fallen out of favour and spent the second half of last season on loan at Sevilla.

The Spanish side have opted against making the move permanent after a disappointing spell in La Liga and his future appears uncertain heading into the summer window.

Thomas Lemar was another name plucked from a divisional rival for a modest sum, having impressed in helping Caen to promotion to Ligue 1.

He starred during his second season at Monaco as the club were crowned champions and reached the semi-finals of the Champions League in 2016/17, scoring 14 goals and providing 18 assists across all competitions.

Thanks for the memories, Thomas #Lemar, it's been a wonderful ride …

The versatile winger has since failed to hit the heights expected across his four seasons at Atletico, scoring just nine goals across four seasons with Diego Simeone’s side.

James Rodriguez became Real Madrid’s latest star signing in 2014, having starred for Colombia during that summer’s World Cup in Brazil.

Rodriguez had signed for Monaco from Porto in a double deal alongside Joao Moutinho the previous summer, having won a hat-trick of league titles with the Portuguese side before completing a transfer worth around £38.5m.

His sole season with Monaco saw the attacking midfielder score 10 goals in all competitions, before his explosive performances at the World Cup earned the Colombian a big-money move to Real Madrid.

🔙 #OnThisDay in 2014 @jamesdrodriguez did this at the @maracana. It helped @FCFSeleccionCol reach the #WorldCup quarter-finals, and the mercurial No10 win the @adidas Golden Boot and that year's #Puskas Award 🇨🇴 🚀 🪙 🥇pic.twitter.com/Gs7jlpM4Vg

Rodriguez had been one of the stars of the tournament in his native South America, scoring six goals in five games as Colombia reached the quarter-finals to finish as the World Cup’s leading scorer, whilst his stunning strike against Uruguay was voted goal of the tournament.

He became the fourth most expensive footballer of all time at that time that summer, behind only Real Madrid’s signings of Gareth Bale (£86m) and Cristiano Ronaldo (£80m), and Barcelona’s £75m capture of Luis Suarez.

Tchouameni has become Monaco’s second most expensive sale of all time, completing a move to Real Madrid worth up to €100m.

Signed from Bordeaux in 2020, the midfielder has since excelled at Monaco and was named as Ligue 1’s Young Player of the Year in 2020/21 after ranking second in the division for tackles won.

The 22-year-old continued that fine form this season to earn inclusion in the Ligue 1 Team of the Season for a second successive campaign, whilst he has broken into the senior France squad to earn 11 caps and was part of the team that beat Spain to win the Nations League in 2021.

Official and here we go confirmed. Aurelién Tchouaméni joins Real Madrid on a permanent deal from AS Monaco for €80m plus €20m add-ons. 🚨⚪️🇫🇷 #RealMadrid

Real Madrid have now beaten Liverpool and Paris Saint-Germain to the signing of Tchouameni, who joins compatriot Eduardo Camavinga at the Bernabeu.

The midfield duo are viewed as the long-term replacements for the iconic trio of Toni Kroos, Luka Modric and Casemiro, an engine room that has helped Real Madrid to four Champions League trophies since 2016.

Kylian Mbappe remains Monaco’s most expensive departure and the second-most expensive footballer of all time, having completed a €180m move to Paris Saint-Germain.

Mbappe burst onto the scene as part of Monaco’s title-winning team in 2016/17, scoring 26 goals in all competitions as Leonardo Jardim’s side conquered Ligue 1 and reached the last four of the Champions League.

PSG made their move as part of a summer of recruitment that also included the world record signing of Neymar from Barcelona, signing Mbappe on an initial season-long loan deal before completing his permanent €180m signing in 2018.

Mbappe has since evolved into one of the world’s finest footballers at PSG, where he has scored 171 goals in just 219 appearances and finished as Ligue 1’s leading scorer in four consecutive campaigns.

The 23-year-old has already won five league titles in France and turned down interest from Real Madrid to sign a new record-breaking contract at PSG this summer, where he will be tasked with leading the ambitious Parisians towards a maiden Champions League success.