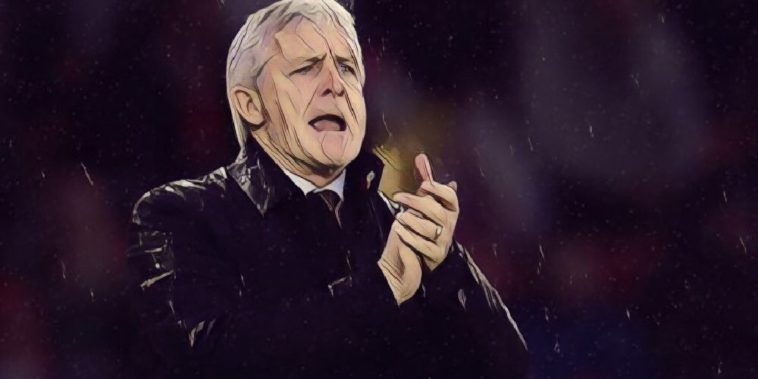 Southampton and Watford drew 1-1 at St Mary’s on Saturday after some controversial refereeing decisions left Mark Hughes and his players feeling aggrieved.

Manolo Gabbiadini’s first-half strike meant that the Saints went in at half-time leading 1-0, before a Charlie Austin goal was disallowed for offside after 66 minutes.

At 2-0 Southampton would surely have held on for the three points but, as it transpired, Watford equalised through Jose Holebas with eight minutes to play.

Hughes was expectedly not happy about the decision when speaking to reporters after the game:

“We deserved three points today. To have that compromised because of an official isn’t right. I sound like a broken record, I have been doing this a long time and a lot of reasons to say this,” Hughes told the BBC.

“It is a huge moment in the game. At 2-0 the game is over. If you look at the reaction from the Watford players there no appeal for offside. They knew, just the officials didn’t.”

Charlie Austin was even more worked up about the offside decision, as he was visibly seething during a post-match interview in which he lambasted referee Simon Hooper for costing his side all three points.

Southampton are 17th in the league after drawing with Watford and Hughes knows that if those decisions go against them in many more games then the Saints’ could well be drawn into a relegation battle.