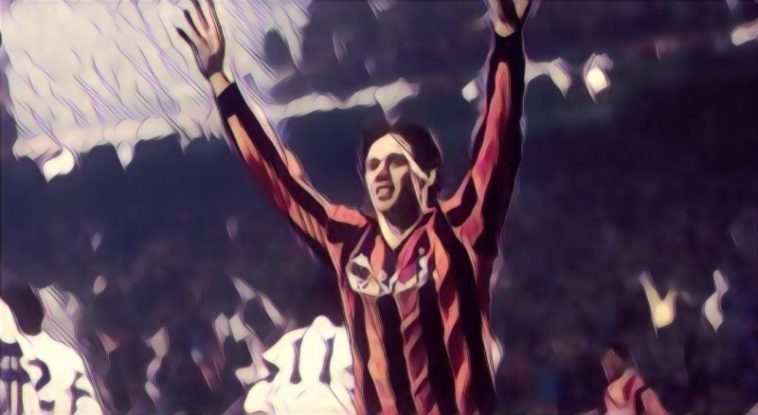 It is one of football’s great tragedies that legendary Dutch striker Marco Van Basten was forced to retire from the game at the tender age of 28.

Despite having to walk away from the game at such a young age, Van Basten still achieved more than most top class players can ever even dream of.

“There will never be a player like Van Basten again.”  Ruud van Nistelrooy.

“Injuries cut him down when he was in the best form of his career, spearheading Fabio Capello’s new and rejuvenated Milan side. Yet by then, Marco had already done enough to perhaps be regarded as the greatest number nine there’s ever been. People always talk about his strike against the Soviet Union in the 1988 European Championship Final, and yes, it was a great goal, but Marco scored even better goals, for both Ajax and AC Milan.” — Ronald Koeman

“Probably the best striker I’ve ever seen. He wasn’t just a goalscorer: he could hold the ball up superbly and had great skill, which he showed in his goals. He’ll always be remembered for hooking a stunning volley into the top corner in the Euro 88 final but at that time, at Milan, he was the main man in the best team in the world.” Jamie Carragher.

“Marco was the greatest centre forward that I’ve ever trained, he was a swan. Marco remains the greatest in his role. It was such a shame that he was forced to retire at 28. It was a mortal misfortune for him, for football, and for Milan.” Fabio Capello.

“I still remember the first time I saw him. It was in the dressing room from Ajax. He was there for an internship to become a coach. The moment he walked in I did not know what to say. In the period I was at Ajax I’ve got to know him better. He was a nice person, a real striker.” Zlatan Ibrahimovic.

“He’s the greatest centre-forward I’ve ever played with or against. Quite simply, he had everything. He could dribble, was good in the air, good awareness, great touch. For such a big man – he’s 6ft 2in – to be so delicate was amazing. He played off the shoulder and his finishing was as good as any striker that has ever lived.” John Barnes.

“Oh yes. Right foot. Left foot. Heading, so strong, fast. He could score, he could pass the ball. He was the best. The way he played was timeless. He had to quit when he was 28. Surgery. Stupid surgery to the ankle. It was such a pity.” Paolo Maldini.

“He was elegance personified. He could score in millions of different ways and always with an unbelievable touch of class. He had no weak points – he was completely two-footed, and he was strong with his head, but he didn’t just score goals, he also created many, many assists. It is a shame that he stopped playing at such a young age. Had he continued into his thirties, I think he could have become a great ‘number 10’.” Marcel Desailly.

“It’s such a shame Van Basten’s career was curtailed by injury. What did he have that I didn’t? Touch, skill – and he scored goals as well. He was just such a wonderful, gifted, well-balanced footballer.” Gary Lineker.