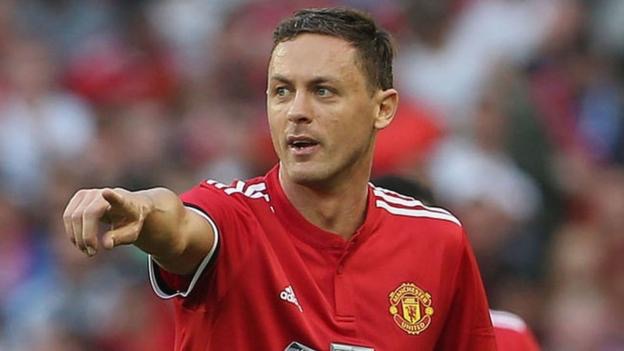 Manchester United beat Sampdoria 2-1 in Dublin, the final game of an intense pre season for Mourinho’s men. It was the seventh game of the pre season programme.

So, what did we learn from the outing at the Aviva Stadium on Wednesday night?

Despite not playing a single minute of football in pre season before this game Matic looked sharp and showed exactly why he has been brought to the club. The new number 31 made several interceptions and tackles and gave United a greater effectiveness on the counter and in the transitional phases of play.

The Serb also showcased his passing abilities and showed that he is so much more than just a tackler, Manchester United looked a classier outfit with him in the team, despite him only being half fit. A performance that will get more United fans excited by their new midfield anchor-man.

Once again in this pre season Jose Mourinho deployed his team with a 3-5-2 formation. The United manager has been very keen to integrate this formation into the teams tactics and it looks to be the best formation suited to this group of players.

At United, Mourinho has wanted to use a midfield three, 3-5-2 of course gives him that with Matic holding, Pogba on the left and you would imagine Herrera on the right once the season starts. It’s worth noting that Paul Pogba was at his best at Juventus when playing within this formation, it could well be that Mourinho wants to bring out the best in Pogba by using this formation at Manchester United.

Henrikh Mkhitaryan has also benefited from this formation with him almost getting a total free role to drift out wide or stay central and cause havoc in the final third while supporting the striker, Juan Mata would also be perfectly suited to this role within the formation. 3-5-2 would appear to give United a perfect balance and a system that perfectly suits the players at Jose Mourinho’s disposal.

Andreas Pereira Deserves To Stay At Old Trafford This Season

For much of the first half, Andreas Pereira looked one of United’s main threats in the final third. Despite being part of the midfield three, the Brazilian drifted out wide to offer support to the wing backs and constantly looked to provide service into the box.

Throughout the tour Pereira has shown and in fact proven himself to a classy operator, given his versatility the youngster would be a great asset to have in the squad, certainly the type of player who can offer much needed quality in the depth of the squad. An exciting talent who deserves to be showcasing that talent in the Manchester United shirt, he is more than ready to play for the club.

Next up for Manchester United is the European Super Cup fixture against Real Madrid in Macedonia on Tuesday, before they return to Premier League action against West Ham. You can be at both of these games, with tickets still available via footballticketpad.com.