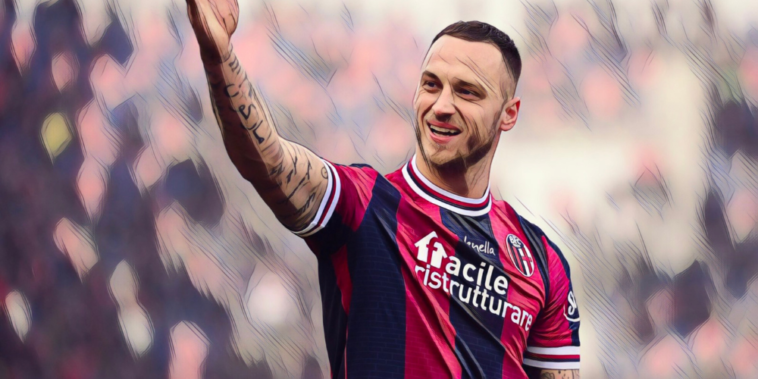 Manchester United have pulled out of a deal to sign Marko Arnautovic from Bologna, following complaints from the club’s supporters.

United had seen an offer of €8m (£6.8m) turned down for the forward and were expected to return with an improved bid for the Austria international.

However, The Athletic are reporting that the Red Devils have withdrawn their interest in Arnautovic, amid Bologna’s valuation of the 33-year-old and complaints from the club’s fanbase.

Supporters of the club expressed their concerns over the signing of Arnautovic, who received a one-match ban from UEFA after being accused of using an anti-Albanian slur during Austria’s game against North Macedonia at Euro 2020.

Onto other attacking targets now.

United are understood to have received several complaints urging the club to reconsider their pursuit of the former West Ham and Stoke forward, who scored 14 goals in Serie A last season.

Ten Hag had wanted Arnautovic as a cut-price option to increase his side’s depth in attack, having worked alongside the Austrian at FC Twente.

However, there has been unrest from the Red Devils’ fanbase in recent days regarding moves for Arnautovic and Adrien Rabiot.

Large sections of supporters have suggested a lack of transfer strategy following late moves for the duo, with the pursuits deemed as contradictory to Ten Hag’s recent comments.

The Dutchman spoke on his desire to improve the squad ahead of United’s 2-1 defeat to Brighton on Sunday, but had reiterated his intention to sign only the ‘right players’.

“We said it before, the squad is still searching to strengthen the squad.”

Read – Five of the Best – Goals from the Halfway Line