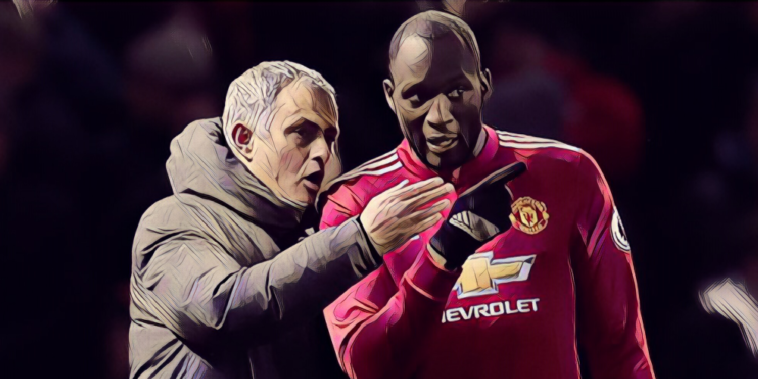 Romelu Lukaku has revealed he has held talks with manager Jose Mourinho in recent days, with the Manchester United boss laying out exactly what he wanted from the striker.

The Belgian striker has been in awful form of late, with many people criticising him for his poor work rate, his garbage first touch, his physical size and his dreadful scoring record, which had seen him fail to score just four goals this season until recently.

However, he rediscovered his goalscoring touch in the 2-2 draw against Southampton last weekend and added another to take his tally to six this weekend with a goal against Fulham, although he was dropped to the bench for Manchester United‘s outing against Arsenal in midweek.

There have been claims that Lukaku is seeking to leave the Old Trafford based outfit thanks to a breakdown in his relationship with manager Jose Mourinho, but he has revealed that he has held discussions with the Portuguese boss who has outlined what he expects from the £75 million man.

When asked by The Times after the weekend’s 4-1 victory whether the external pressure and scrutiny of his performances had weighed down on him, the former Everton and Chelsea striker replied: “No, no, not really.

“I think I just need to keep working hard. Me and the manager had good conversations in the last couple of days, where really he told me what he wanted from me.

“I know from my side I have to do better, and I just keep looking forward and improving, trying to add into my game and help the team to win.”

Man Utd face Valencia in the Champions League in midweek, before travelling to Anfield to face Premier League table toppers, Liverpool next Sunday.