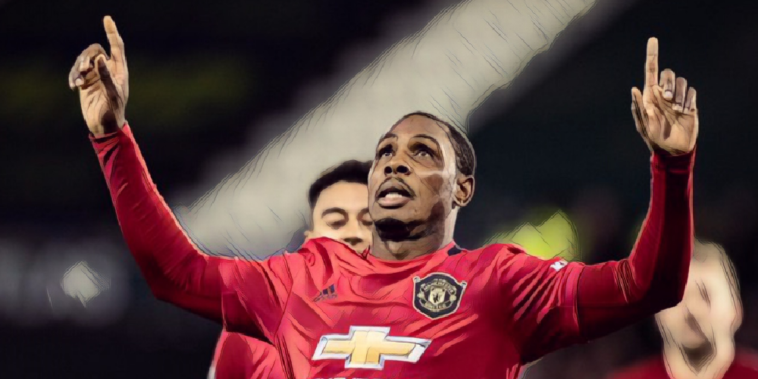 Odion Ighalo has reportedly made a ‘personal plea’ to Shanghai Shenhua to let him remain on loan at Manchester United until the end of the rescheduled Premier League season.

The Nigerian international is due to return to the Chinese Super League side next week at the expiry of his current temporary arrangement, with talks over an extension between the two sides having so far failed to find an agreement.

Ighalo has impressed since his mid-season arrival at Old Trafford – the former Watford striker has scored four goals in just eight appearances since returning to English football – and the Manchester Evening News have now reported that the 30-year-old has pleaded with his parent club to allow him to finish the season.

The suspension of the Premier League season means the Red Devils still have nine league fixtures remaining ahead of the division’s ‘Project Restart’ plans, whilst the club remain in the hunt for both the FA Cup and Europa League.

Ole Gunnar Solskjaer this week spoke on Ighalo’s situation, revealing the that the Manchester United hierarchy are in ‘dialogue’ with the Chinese side to secure an extension to the forward’s deal.

“The loan deal went until the end of May now, so obviously he’s supposed to be going back,” Solskjaer told MUTV earlier this week.

“We’re in dialogue. They’ve been great towards us, his club, and allowed him to play for his dream club.

”It’s been a dream for him and hopefully he can finish off what he started, hopefully with a trophy for us. At the moment, nothing has been agreed. Their league is going to get started soon so we’re just waiting to see.”