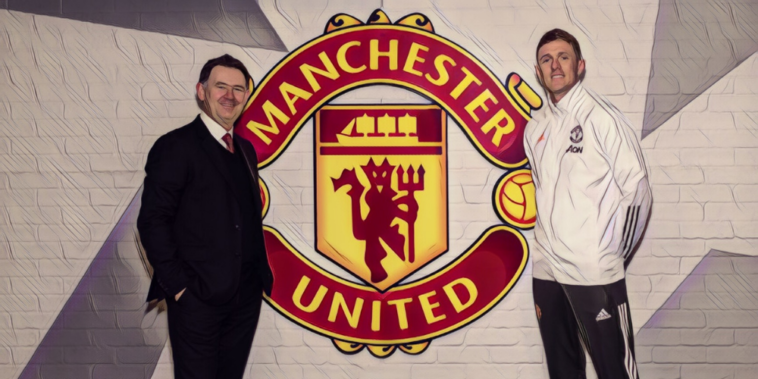 Manchester United have announced a restructuring of their hierarchy with the appointment of inaugural Football and Technical Director roles at the club.

John Murtough has been appointed as the club’s first ever Director of Football having worked within the club’s ranks for the past eight years, whilst former midfielder Darren Fletcher has been announced as Technical Director and will ‘work closely’ with Murtough to ‘add technical input and direction into all football matters’.

Man United had previously been linked with a host of names during a long search for an inaugural Director of Football position, including Lille’s Luis Campos and former goalkeeper Edwin van der Sar, currently chief executive at Ajax.

Instead the club have released a statement on Wednesday confirming their internal promotion of Murtough, who joined the club from Everton in 2013 and has worked as the Red Devils’ head of football development since 2016.

Murtough also previously worked as head of elite performance at the Premier League and has worked in development roles at other clubs.

He will now be tasked with working alongside manager Ole Gunnar Solskjaer, who alongside the club’s recruitment staff will remain the lead in terms of transfers and player recruitment.

We are pleased to announce the appointment of John Murtough as the club's new Football Director, and Darren Fletcher as Technical Director.#MUFC

Fletcher has also been handed a new role after returning to the club as first-team coach in January and will work alongside both Solskjaer and Murtough, the statement revealing his role ‘will focus on a co-ordinated and long-term approach to player and squad development’.

Ed Woodward, United’s executive vice-chairman, has spoken on what he believes are ‘hugely important’ appointments as the club look towards future success.

“These are hugely important appointments that reinforce the progress we have been making as a club in recent years in our relentless pursuit of success.” he said.

“We have already made great strides forward in the way we run our football operations, and the benefits are visible in the resurgent pipeline of Academy talent reaching the first team and through our improved recruitment record.

“John has been integral to our progress in all these areas and his deep understanding of development ensures the club’s traditions of bringing young players through from Academy to first team will continue.

“This new position is a natural evolution that harnesses his leadership qualities and his years of experience in the game.”