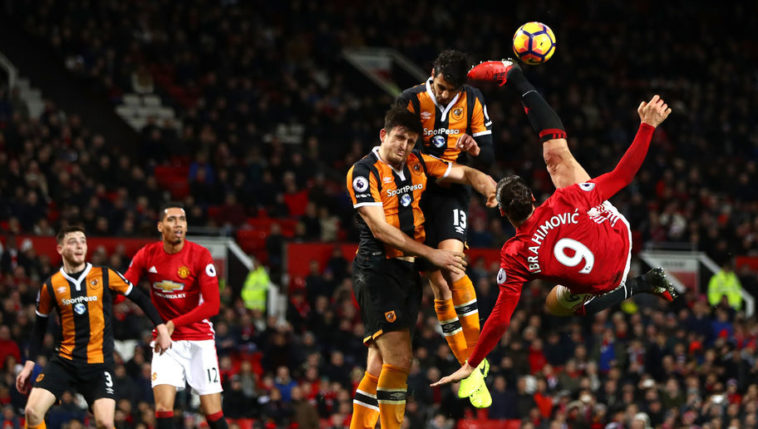 Yet another frustrating game for Manchester United where yet again they were unable to take their chances and get maximum points on the board against a lower table opponent.

Unlike the other games United have drawn this season this was a game where the Red Devils could not create very many chances and lacked a real cohesive nature to their play. In many ways it was a carbon copy of the EFL Cup second leg but in this instalment of the fixture Hull were more than happy to take the draw but still created the best chance of the game, embarrassing for Manchester United.

The first half was a slow affair where United struggled to get on the front foot and really take the game to Hull. Like many games this season you could feel that this was heading for half time substitutions from Jose Mourinho to try and get his team into the game.

Manchester United had the first clear cut chance of the game with Ander Herrera finding Henrik Mkhitaryan in the Hull box. The Armenian couldn’t get the ball under his control and allowed Andrew Robertson to hoof the ball out of play and out of danger. Following that chance United were rather tame and passive.

The best chance of the half came as Zlatan Ibrahimovic played in Paul Pogba who was one on one with Hull’s keeper Jakupovic but it was a poor finish that allowed Jakupovic to make the save.

Jose Mourinho bizarrely introduced Wayne Rooney into the game at half time in place of Michael Carrick. Despite the change, United remained passive and resembled Louis van Gaal’s team of last season. The biggest action of the second half was when Phil Jones pulled up with an injury and was replaced with Chris Smalling. The injury did not look to be too serious and it can be hoped Jones can get back on the pitch as soon as possible.

It was Chris Smalling who created the best chance of the game. Nodding a ball down across goal to Juan Mata. With the goal at his mercy, he could only hit it straight at Jakupovic, a good save but one made easier by Mata’s poor finish. That was the last good chance United could carve out in the game and were lucky to even get a point.

Lucky to get a point

With United pushing so many men forward they were susceptible on the counter. Hull almost took full advantage as Tom Huddlestone played in Lazar Markovic. He gave David De Gea the eyes before his strike hit the post, leaving the Spaniard frozen on the spot.

A bitterly disappointing game for Mourinho’s team who yet again missed the chance to close the gap on their top four rivals who all dropped points. It was another game of very questionable refereeing decisions that went against Manchester United leaving Jose Mourinho enraged after the game. However, this was a game that cant be blamed on the referees performance, but on the poor finishing of Manchester United and it could ultimately cost them a place in the top four.