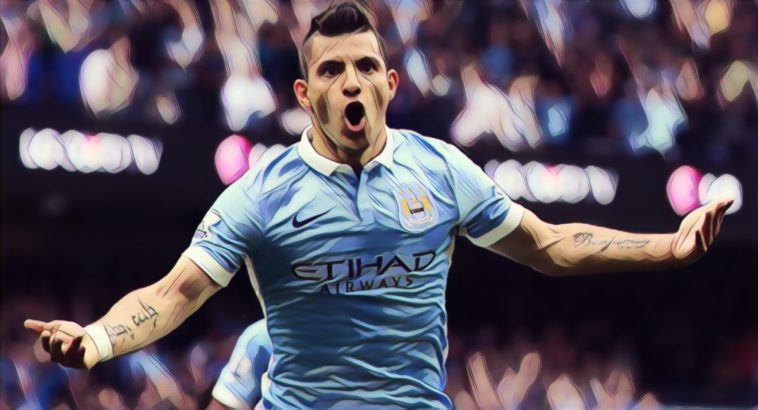 Gone are the days when Manchester City relied on the likes of Shaun Goater, Paulo Wanchope and Trevor Sinclair to bang them in, now the three time Premier League winners have one of the best attacking forces in world football.

Arguably one of the greatest midfield players to ever grace the division, the Spaniard has gone on to become a club legend in east Manchester since arriving from Valencia in July 2010.

Silva makes the game look effortless and his ability to dictate play has been many a reason City have enjoyed such success in recent time.

The World Cup winner has helped himself to three league titles, two league cups and an FA Cup since his £24 million move from Spain eight years ago.

Put it on a plate and he’ll send it back to the kitchen. The Bosnian hit-man was a frustrating figure during his four and a half year stay in Manchester, but boy did he know how to score when it mattered.

Dzeko enjoyed a successful title winner campaign in Germany with Wolfsburg prior to linking up to then City manager Roberto Mancini in January 2011, where he helped the Cityzens lift the FA Cup just five months later.

Now enjoying life in the Italian capital with Roma, Dzeko can be fondly remembered for his contribution to City’s dramatic final day win over QPR in 2012, scoring the equalising goal in that 3-2 win, which snatched the title away from rivals Manchester United.

The Bosnian is also the first player to notch 50 goals in the Bundesliga, Premier League and Serie A.

Where to start? For Manchester United fans, Tevez is like venom, but for City fans, Marmite.

The former Argentina international made the controversial switch from Old Trafford to the Etihad in July 2009 and subsequently went on the score 58 goals in the Premier League for City.

Tevez captained the side to FA Cup glory in 2011, but the following season is one he may look back on with regret.

The forward was sent into exile by the club after refusing to come off the bench against Bayern Munich later that year. Mancini said after the game, which they lost, that Tevez would “never play for the club again” but ultimately worked his way back into the frame at the latter stages of that season, forming a deadly partnership with fellow countryman Sergio Aguero.

Not a bad return for a man that spent more time on the golf course than on the training ground.

From birthday cakes to making defenders ache, Yaya Toure has done it all during his soon to be eight year stay in Manchester.

One of the all time greats in Premier League and Manchester City history, Toure will leave his legacy etched in City folklore when he departs the club this summer.

There is a strong case for Yaya to be regarded as the best signing since Sheikh Mansour took over the club in 2008.

His 2013/14 season is the best of his career, becoming only the second player to score at least 20 league goals from midfield after Frank Lampard. Toure will feel begrudged to not have been named PFA Player of the Year in 2014 following such an achievement, with a league and cup double to match.

And finally, in a league of his own at number one is of course Sergio Kun Aguero.

Aguero was signed for a then club record fee of £38 million back in 2011 from Atletico Madrid, but few would have predicted that the Argentine would go one to become the club’s all-time leading goalscorer.

Currently stuck on 199 goals in all for City, 143 of those have come in the Premier League, an insane return from only seven seasons in Manchester.