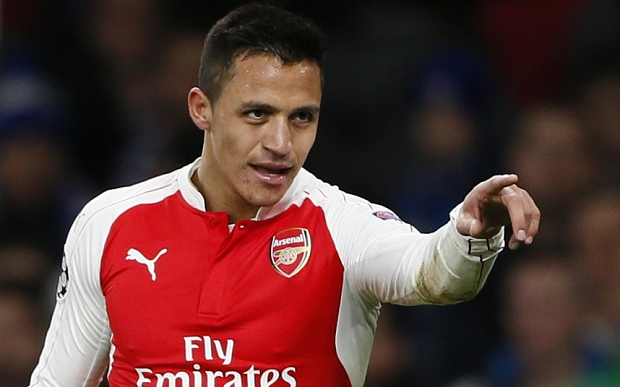 Manchester City are now the front runners to sign Alexis Sanchez from Arsenal in a potential £50m deal.

The two-time Premier League champions have held and interest in signing the Chilean for a number of months, but have been given a huge boost following the news that Bayern Munich have pulled out of the race.

Bayern Munich were thought to be leading the race for Sanchez’s signature, with his international team mate Arturo Vidal constantly trying to convince the Arsenal star to switch the Emirates for the Allianz Arena.

However the Bundesliga champions are believed to have pulled out due to the excessive fee’s being quoted, much to the delight of Manchester City.

The Guardian claim that City are now ‘confident’ of securing the acquisition of Alexis, who is keen to play under Pep Guardiola once again, having previously worked together at Barcelona.
Arsenal are believed to be reluctant to sell to a team in the Premier League, but with little interest from elsewhere around Europe, and the fact that the 28-year-old has just one-year remaining on his current contract, they could be forced into selling.

The lack of Champions League football is thought to have made up Sanchez’s mind to leave the North London club, despite them offering to make him the most highly paid player in the club’s history.

If barca gets sanches they’ll defineatly have the strongest squad in epl.