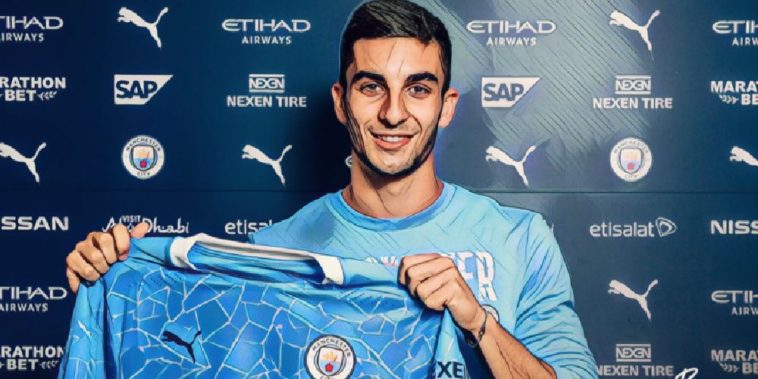 Manchester City have completed the signing of exciting Spain U21 international Ferran Torres.

The 20-year-old moves to the Etihad on a five year deal from Valencia, scoring six goals and providing eight assists in 44 appearances for the La Liga side this season.

Torres – capable of playing on either flank – will be viewed as a replacement for Leroy Sane, who completed a £44 million move to Bayern Munich last month, and speaking about his move to Man City, the Spaniard credited countryman Pep Guardiola’s record of developing players as a big factor in his decision to move to the Premier League.

“I am so happy to be joining City,” Torres told ManCity.com. “Every player wants to be involved in attacking teams and Manchester City are one of the most attacking in world football.

“Pep encourages a really open, aggressive style, which I love, and he is a manager with a proven track record of improving players. To have him overseeing my development is a dream.

“City have won plenty of trophies in the last 10 years and I hope I can play a role in continuing that success.”

The deal to take Torres to the Manchester club is believed to be worth an initial £20.8 million, with Valencia looking to sell a number of players following their ninth-placed finish in La Liga.