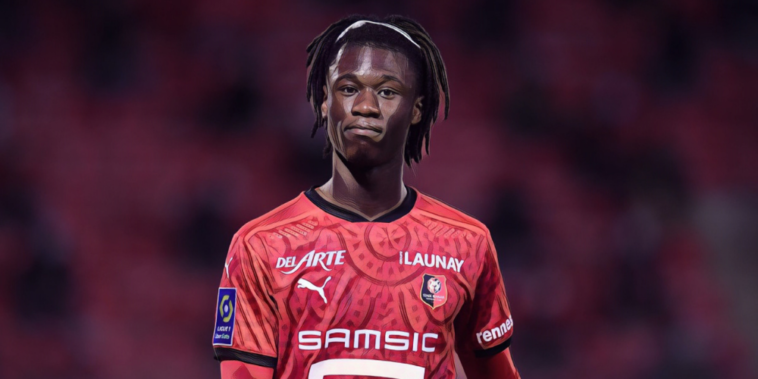 Manchester United’s hopes of capturing Eduardo Camavinga have been dealt a blow, with the midfielder reportedly preferring to play in Spain.

United have expressed an interest in signing the highly-rated teenager from Rennes and have held discussions with Camavinga’s representatives over a potential move to the Premier League.

However, the Manchester Evening News say that those talks were ‘not encouraging’, with Camavinga’s preference being a move to La Liga – Real Madrid joining both United and Paris Saint-Germain amongst the 18-year-old’s list of admirers.

Real’s financial issues could prevent Los Blancos from making a move for the midfielder, with the club’s sole signing this summer having been the free transfer arrival of David Alaba from Bayern Munich.

The club’s hopes of signing Camavinga are boosted by the player’s contract situation however, the star having entered the final year of his deal with Rennes under pressure to sell before the window’s closure.

Real have held talks with Manchester United over the potential sale of defender Raphael Varane, another player whose contract is set to expire in 2022.

Should a deal be agreed, it could release much-needed funds for Carlo Ancelotti with Camavinga a potential transfer target for his rebuild in the Spanish capital.