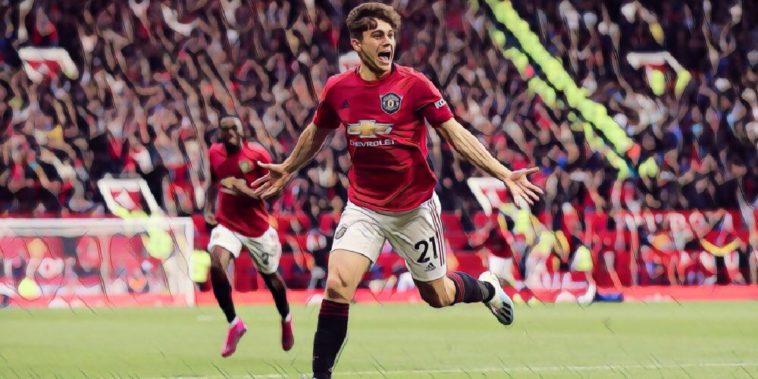 Manchester United are set to allow Daniel James to depart following the recent of Cristiano Ronaldo, with four Premier League clubs linked with the winger.

After the initial euphoria of the Portuguese icon’s return to Old Trafford, the focus has now turned to just what his homecoming will mean for the rest of United’s forward line, with game time likely to be at a premium for a select few.

The 36-year-old is almost guaranteed to start through the middle when fit and available, leaving the two slots on either side of him to be fought out by the likes of Mason Greenwood, Marcus Rashford, Jadon Sancho, Anthony Martial and Daniel James, with Edinson Cavani also to add into the mix and Paul Pogba – who has featured on the left-wing in the opening games of the season.

The most likely casualty of the Ronaldo return among that list appears to be Daniel James, the Welshman having struggled for consistent game time over the last 18 months, despite continuing to impress on international duty.

As per the Sun, United are set to allow the 23-year-old to leave before Tuesday’s transfer deadline, with as many as four Premier League clubs linked with his signature.

The report suggests that the arrival of Ronaldo has seen the club agree to let James depart on-loan, despite having previously looked set to be handed a new contract.

The former Swansea City man has netted just six Premier League goals since his move to Old Trafford in 2019, three of which came in his very first month as a United player, while he also only made 15 league appearances last term.

With a move on the cards, one potential destination could be that of Leeds United, who were previously on the cusp of signing James back in January 2019, before the deal ultimately fell through at the last minute.

A reunion with former Swansea boss Graham Potter at Brighton is another potential move for the pacy forward, while both Everton and Crystal Palace are also said to be in the running for his signature.