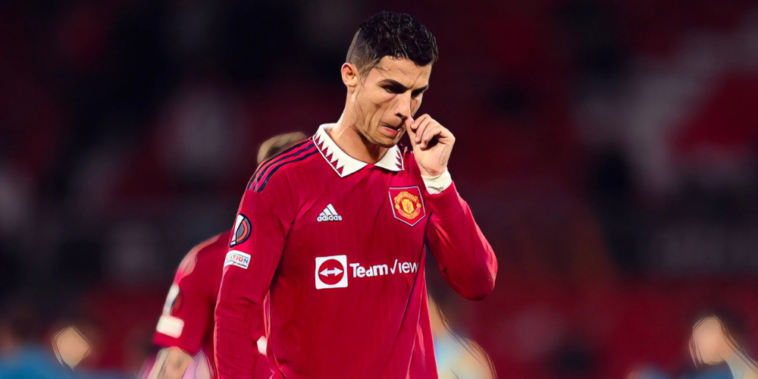 Manchester United will save £15.5m after terminating Cristiano Ronaldo’s contract with immediate effect.

Ronaldo and United have reached a mutual agreement to terminate his deal with the club, following the fall-out from his controversial interview with Piers Morgan.

The Portugal captain said he felt betrayed by senior figures at the Red Devils and said he had not respect for manager Erik ten Hag following his treatment this season.

United and Ronaldo announced the agreement to cancel his contract with immediate effect on Tuesday, with the club releasing a statement confirming the decision.

“Cristiano Ronaldo is to leave Manchester United by mutual agreement, with immediate effect,” the statement read.

“The club thanks him for his immense contribution across two spells at Old Trafford, scoring 145 goals in 346 appearances, and wishes him and his family well for the future.

“Everyone at Manchester United remains focused on continuing the team’s progress under Erik ten Hag and working together to deliver success on the pitch.”

The Times are reporting that Ronaldo will receive no payout from the Red Devils and the decision will save the club around £15.5m in wages. United’s stance was that they could argue a breach of contract from Ronaldo – following his unauthorised interview and refusal to come on as a substitute against Tottenham in October – should the matter go to court.

The agreement is not understood to prevent Ronaldo from signing for another club in England, with Chelsea again linked with a move for the forward.