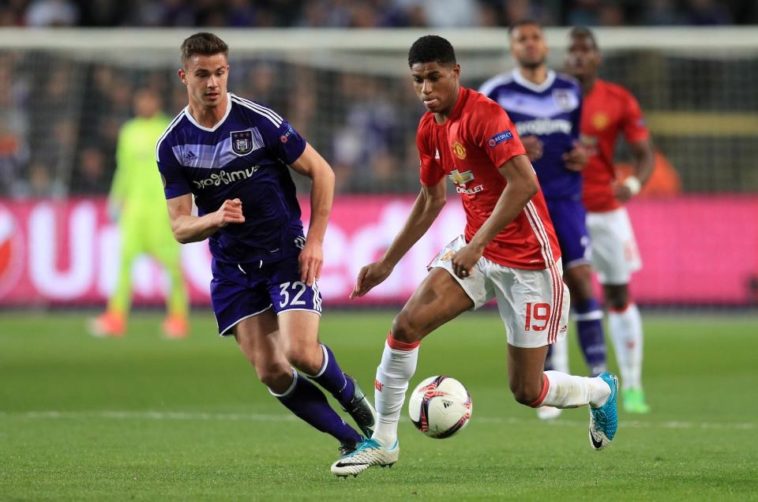 Manchester United and Everton have been handed a boost in their pursuit of Anderlecht midfielder Leander Dendoncker.

United have been linked with having an interest in the young Belgian midfielder, who impressed against them in the Europa League quarter finals last season.

They are believed to have scouted him several times and are interested in making a move. It was thought that they may wait to make a move. However their interest in the midfielder may have turned his head, and his agent has suggested that he is ready to make a move.

“Anderlecht want to keep him but the kid wants a new challenge. We’ll see if we can find an agreement with the club, but that seems difficult.”

Last month, Anderlecht sporting director Herman van Holsbeek suggested that despite the club wanting him to stay with them for at least one more season, they would be willing to listen to all offers:

“Against Manchester United, he has shown twice that he has the potential to play at a top European club.

“We are lucky that the Champions League will not start until September, otherwise we’d have certainly lost him.

“We would like to see Leander here another year, to work together for a transfer next summer. Just as we did with [Youri] Tielemans.”

Whether these revaluations pursuade Manchester United or Everton to firm up their interest remains to be seen.