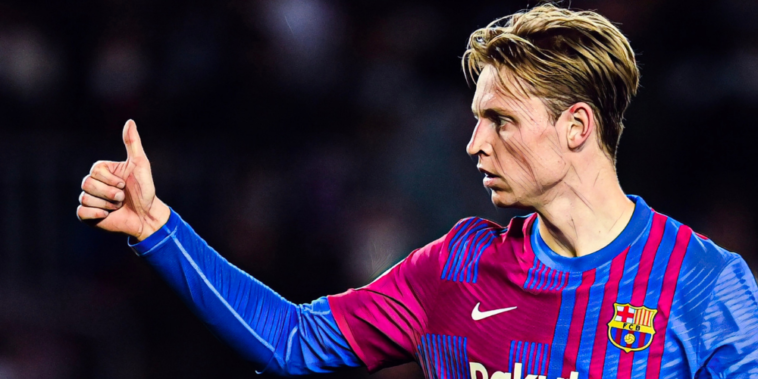 Manchester United are ‘ready to admit defeat’ in their pursuit of Frenkie de Jong, with the club to move on to alternative targets.

United look set to be frustrated after a summer-long pursuit of the Netherlands international, who was named as Erik ten Hag’s leading transfer target following his appointment at Old Trafford.

Ten Hag had wanted to build his Manchester United midfield around De Jong, having worked alongside the 25-year-old at former club Ajax.

United are understood to have agreed a fee with Barcelona last month, but complications over unpaid wages owed to De Jong from the Catalan side and a reported reluctance to join a non-Champions League club have seen a deal fail to materialise.

The Mail are reporting that the Red Devils are now ‘ready to admit defeat’ in their pursuit and will move on to midfield alternatives, including a deal for Juventus midfielder Adrien Rabiot, while Lazio’s Sergej Milinkovic-Savic has also been linked.

Barring ‘an unexpected turn of events’, Chelsea now appear a more likely destination for De Jong should he leave the Camp Nou. The west Londoners – who are also interested in signing Pierre-Emerick Aubameyang from the Spanish side – are willing to match Barcelona’s valuation and are able to offer Champions League football.