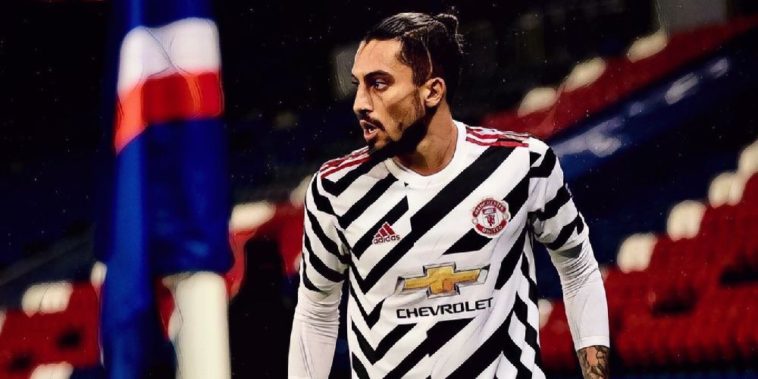 Denis Irwin has outlined the qualities that summer signing Alex Telles will bring to Manchester United and believes the full-back will be a ‘huge asset’ to his former side.

Telles arrived as part of a flurry of deadline day transfer activity at Old Trafford but has endured a frustrating start to his career in English football so far, playing just one fixture before testing positive for coronavirus last month.

The Brazilian has been on international duty this week with reports emerging he had tested positive for the virus for a second time, though United have since confirmed the 27-year-old has since tested negative and will be available for this weekend’s clash with West Brom.

Telles’ return will be a welcome boost with Luke Shaw having been ruled out for a month with a hamstring injury, and Irwin believes Shaw’s absence is an ‘opportunity’ for the summer signing to establish himself as Manchester United‘s first-choice left-back.

“It’s an opportunity for him now, with the games coming up, to get his foot in there,” Irwin told ManUtd.com. “And sometimes it’s through lack of injuries that you manage to hold down the place of the left-back position.

“I mean, we haven’t seen him too much [from him] defensively wise, but the Premier League is a tough league and he’s a full-back, so he’ll have to be good defensively. But we’ve already seen his qualities going forward in that game in the 70 or so minutes he played.”

While his defensive abilities are yet to be seen, Irwin believes that Telles’ threat from set-pieces will be a ‘huge asset’ to Ole Gunnar Solskjaer’s side this season, with the full-back having scored 11 league goals and provided a further eight assists for Portuguese side Porto last season.

“There’s no doubt that, on set-pieces, he’s going to be a huge asset to us in that respect,” said Irwin. “Also, I’m not going to compare him to David Beckham, but it looks like he’s got a fantastic left foot that can whip a ball in with pace, which our strikers would love to get in at the end of.”