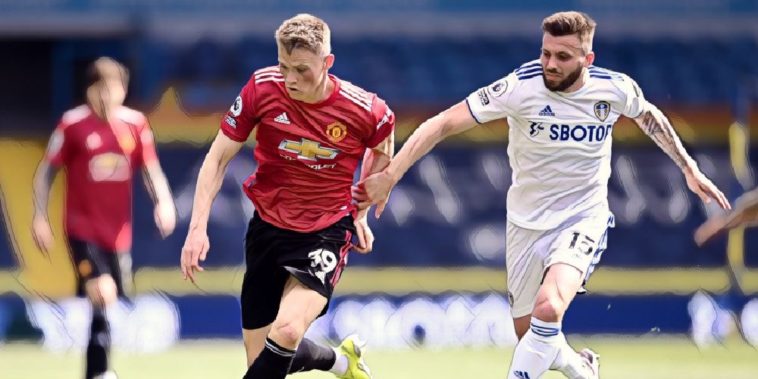 Here’s all you need to know about that intriguing meeting at Old Trafford:

After having been left scrambling around on deadline day last October, Manchester United have done their business early this summer, notably bringing in two much needed and immensely talented figures in the form of Real Madrid star Raphael Varane and Borussia Dortmund forward Jadon Sancho.

The end to the latter man’s protracted transfer saga means he is finally a Red Devils player and will add a real sense of flair and creativity to the club’s attack, while the addition of World Cup winner Varane should help alleviate the need for two holding midfielders in front of the back four.

While those signings have sparked optimism regarding a potential title challenge, Ole Gunnar Solskjaer’s side still appear a step behind the likes of Manchester City and Chelsea, particularly with the club as yet to recruit a top-class holding midfielder, while the pressure will be on to clinch silverware after last season’s Europa League final disappointment.

Equally, the Red Devils go into the new season with the goalkeeping situation still unresolved, while in attack it remains to be seen if Edinson Cavani has the legs to be a consistent presence and whether Anthony Martial can be relied upon after netting just four league goals last term.

Like most of their ‘Big Six’ rivals, United are also seemingly struggling to move players on who are surplus to requirements, while the continued uncertainty over the future of the polarising Paul Pogba is no help to anyone.

As for this weekend, both Varane and Sancho are likely to be substitutes at best, while both Dean Henderson and Jesse Lingard continue their recovery from Covid-19. Marcus Rashford looks set to be out until October after his recent shoulder surgery.

Leeds made the step up to the top-flight look easy last term, leaving many predicting that they can go on to achieve even better things this season, with European qualification a potentially attainable target for the west Yorkshire side.

Although it’s been a quiet window for the club to-date, they have still managed to do some astute business, Jack Harrison finally joining the club on a permanent deal after three successive seasons on-loan, while they have also snagged a bargain with the addition of Junior Firpo from Barcelona for just £13m.

"In two weeks here at Leeds I've seen more individual videos than in two seasons at Barça. They tell you how they want you to play and what to do and they have studied to give you the reasons behind it.” pic.twitter.com/p0lBIjCZcZ

While it could all change before the August deadline, another key piece of business has been keeping hold of some of their star assets, particularly Brazilian winger Raphinha, who enjoyed a fine debut campaign at Elland Road last term.

Another man on a high is midfielder Kalvin Phillips, the affectionately named ‘Yorkshire Pirlo’ producing a string of impressive displays during England’s run to the final at Euro 2020 to earn praise for midfield legend, Xavi.

Phillips and his teammates will be hoping to lay down a marker on the opening weekend, although will have some tough memories of their last visit to Old Trafford, in which they were on the wrong end of a 6-2 scoreline.

As for team news for Saturday’s clash, Bielsa could be without new man Firpo after he sat out the final two pre-season games, while Spain international Diego Llorente is also a doubt.

Anyone remember this one?

After the enthralling encounter in the reverse fixture, fans and pundits alike were expecting a repeat showing in Yorkshire, only for the two sides to serve up a wholly forgettable 90 minutes of football.

Not aided by the lack of supporters nor its timing towards the end of a hectic season, both sets of players simply looked bereft of energy in a game of limited chances, the best of which saw Marcus Rashford’s free-kick well saved by Ilian Meslier.

Leeds’ Helder Costa also came close, yet in truth, the game was nothing more than a bore draw, in what was the first clash between the two sides at Elland Road since October 2003.

UK and Irish readers can watch the match on BT Sport 1.