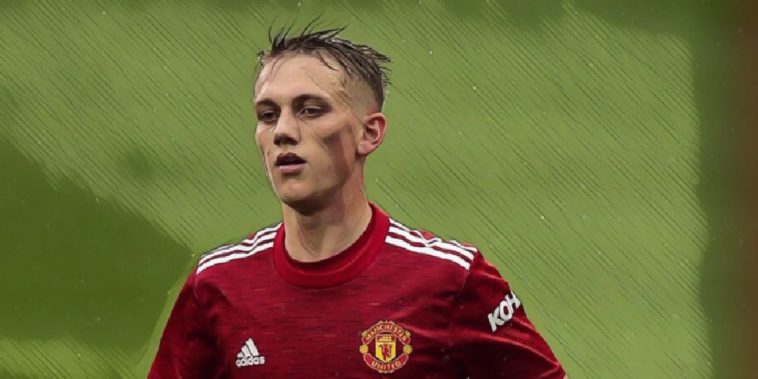 The teenager has been included in the Northern Ireland squad for the nation’s European Championships play-off against Slovakia this month, where the youngster will be hoping to add to a solitary senior cap won against Luxembourg last year.

Galbraith is highly-rated at his club side and signed a new three-year contract at Old Trafford in October, having been handed his senior Manchester United debut against Astana in the Europa League last season.

Despite failing to add to that appearance, the midfielder’s progress amongst the club’s youth ranks has been monitored by Barraclough who has tipped the 19-year-old for a ‘long career’ at international level, comparing the prospect’s style to Spanish greats Xavi and Iniesta.

“Ethan, over the last six months, we’ve seen a maturity in his play and the way he goes about his work day-to-day,” Baraclough told the media on Thursday.

“He’s excelled with the Under-21s and he’s a different type of player to anyone we’ve got in the senior squad.

“Hopefully it’s the start of a long career for him. Hopefully, he relishes his time from the start in this squad, rather than coming in from the Under-21 squad. He has earned his right with the way he has gone about his play for the last six months.

“Not to put too much pressure on his shoulders, but he’s our little Iniesta or Xavi, someone who can get on the ball and manipulate the ball and find positive passes. Over the coming years, he will give us a different flavour to the squad.

“He’s been brought in a couple of times and made his debut against Luxembourg. For him to be picked outright, it’s a big moment for him, but he’s ready for it.

”He’s gone and signed a new deal with Man United and you can see there’s a real self-confidence about him. It’s great someone like that can be a shining light for the young players, knowing there are chances for them if they perform at their clubs.“