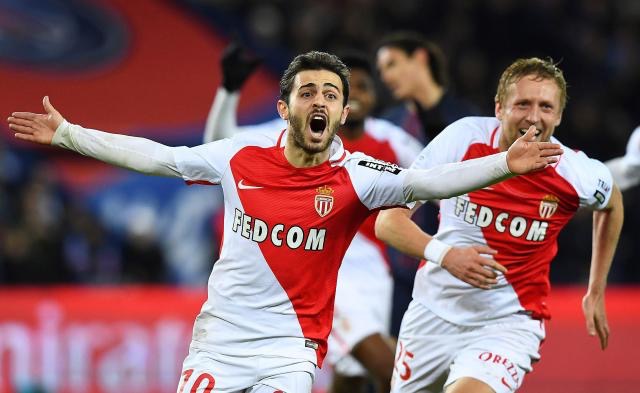 José Mourinho was widely tipped to sign the Portuguese international from Monaco this summer, but his great adversary Pep Guardiola has won the race for his signature.

Reports today suggested that the 22-year-old jetted into Manchester airport to complete the move to Manchester City, and the transfer was confirmed early in the evening.

The player will wear the number 20 shirt at Manchester City next season, and will officially complete the transfer on July 1st.

“It feels great. To be honest I’m now at one of the best teams in the world. To be part of this club and to have this opportunity is great.

I am very happy to be part of Manchester City’s team and I look forward to trying to do my best to help the team reach their goals.”

It is claimed that Guardiola held talks with the players agent Jorge Mendes back in March, but has accelerated his talks this week after Manchester United were believed to be close to the Silva’s signature.

The move for Silva will be a blow to José Mourinho, although the Portuguese boss does have other options on his transfer wish list.

Silva has been a critical part in Monaco’s success this season, which has seen them crowned as Ligue 1 champions, as well as making it to the Champions League semi-finals.

Silva can play as a right winger or an attacking midfielder, an area in which city are very well-stocked with players. David Silva, Kevin de Bruyne, Leroy Sané and Raheem Sterling can all play in these positions, meaning competition for places will be high at the Etihad next season.