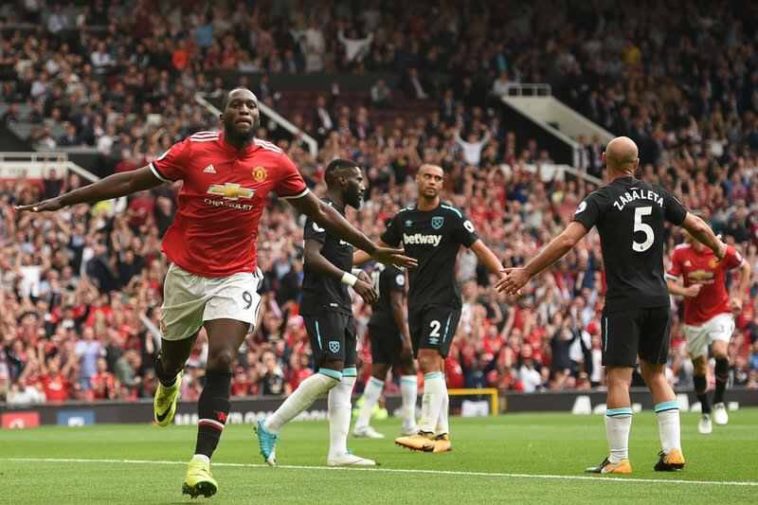 Manchester United produced an emphatic 4-0 performance at Old Trafford to send a clear statement of intent to their rivals in the Premier League.

Romelu Lukaku hit a brace with Anthony Martial and Paul Pogba adding to the score line for Mourinho’s men, who delivered a purposeful, powerful and most importantly an entertaining performance.

So, what did we learn at Old Trafford?

Despite scoring United’s goal against Real Madrid, the new number nine at Old Trafford came in for criticism for his performance on Tuesday. There can be no criticism for the Belgian on todays performance. The former Everton man gave his team a new dynamic to their play. The pace and power of the striker on the counter and transitions was vital to United’s success in the game.

A notable aspect of Lukaku’s play was the flexibility of his positioning on the front line, drifting out wide on both sides and coming short for the ball, much more than a goal scorer, a piece of the jigsaw that makes those around him play better. The £75million man took both his goals very well, both showcased his vast array of goal scoring techniques. The first goal, a powerful quick run in behind the defence and a fierce finish to match the purpose of his movement. The second, a strong header from a big leap at a set piece to power the ball past Joe Hart.

A man of the match performance from the new anchor-man in the Red Devils midfield. We saw a new side to Nemanja Matic that we didn’t see at Chelsea, influential on the ball, the holding midfielder even embarked on a mazing run up the pitch, dribbling past a few players with incredible skill.

The energy and interceptions of the Serb were crucial to his side in the transitions and counter attacks, notably United were noticeably improved in those situations compared to previous seasons. The number 31 enabled Paul Pogba to have greater freedom and influence in the attacking third of the pitch, usually an unsung hero but awarded the man of the match award for his dominant performance on his Old Trafford debut.

Despite only having just over ten minutes on the pitch, Anthony Martial had a massive impact on the game, scoring one and causing West Ham major problems. The Frenchman’s goal the epitome of composure one on one with Joe Hart to slot the ball home with a delightful finish. The number 11 additionally had the intelligence to remain onside to score his goal after timing his run to perfection to latch onto the pass.

The youngster had a number of successful dribbles taking on his full back, Pablo Zabaletta, who looked exhausted by the end of the game. Martial had the perfect cameo too impress his manager and set his case to get into the starting line up.

After a year of pundits criticising him and claiming they don’t know ‘what he is’ Paul Pogba put in his best performance in a United shirt. A performance of maturity, control, skill and discipline. The number six dominated the midfield and put in a mature rounded performance that many had been calling to see more of.

The vision of the Frenchman was vital to United’s use of the transitions and attacks in and around the box. Pogba even rounded off his performance with a scintillating finish from just outside the box, you get the feeling that this season we will see the real Paul Pogba at Old Trafford.

A Tough Return To Old Trafford For Chicharito

The return of Chicharito to Old Trafford was met with a degree of trepidation from the United faithful, knowing how deadly the Mexican can be in front of goal. It turned out to be a bad day for the striker returning to his old home. The dominance of the reds and the inefficiencies in the Hammers performance meant Chicharito could not get a sniff at goal and ended up almost in midfield for the second half of the game.

There will be better days for the number 17 in a Hammers shirt, but a tough debut for the United old boy.