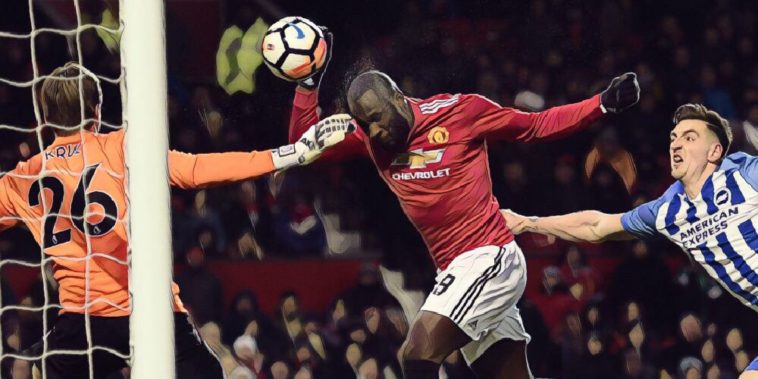 Manchester United edged their way into the FA Cup semi finals with a 2-0 win over Brighton at Old Trafford.

Here are five things we learned:

United have fallen completely off the rails

Its four wins from the last five games for Manchester United – what’s the problem? Well despite the overall results, the performances from the Red Devils have been pretty poor.

All of the things that they were doing well at the start of the season have completely disappeared. While Jose’s rant was designed to inspire his players, it didn’t seem to have the desired effect.

Jose leaves Pogba and Sanchez out in the cold

As I wrote yesterday, the aforementioned press conference had a very distinct message to the likes of Pogba and Sanchez. On Saturday night Jose Mourinho sent another by leaving his two highest earners on the bench.

With the Premier League going on a two week break now for international fixtures, and Mourinho only having the FA Cup left to play for, there was no need for the Portuguese to rest any players for this game.

So the fact that Pogba and Sanchez were named on the bench, and stayed there for the entire 90 minutes was a clear and distinct message that the duo need to up their game.

Far too static, Far too narrow.

Luke Shaw was hauled off at half time, with Jose Mourinho admitting after the match that Antonio Valencia would have joined him if it wouldn’t have restricted his potential second half substitutes. However it wasn’t just the full backs that were the problem for Manchester United.

Anthony Martial and Juan Mata kept drifting inside, and with the full backs seemingly allergic to ‘bombing forward’, the United attack was far too narrow.

Not only that, when United had the ball, there was no movement ahead and the ball was moved incredibly slowly as they laboured to victory. In the end, the two goals came from two whipped in balls which were met by two close range headers. Hardly swashbuckling football.

FA Cup not the priority for Brighton

With Brighton still not safe in the league, the FA Cup was never going to be a priority for the Seagulls, and while it would be great to get to the semi-finals, it was hardly likely

Chris Hughton made five changes for this one, albeit some enforced due to suspension and injury, but the fact that he started the in-form Glenn Murray on the bench was a clear indication that it wasn’t the priority.

It wasn’t just the weather that was all wrong, the kick off time (19:45 GMT) was just wrong too.

Its long been known that the FA and the TV schedulers have little thought for match going fans, and this game was the latest example. Yes we have midweek fixtures at this time of night, but Saturday night is one of the key nights for hard working people to kick back and enjoy themselves.

The fact that Brighton were the visitors made it even worse, with a five hour road journey meaning travelling fans wouldn’t arrive home until 3am. Its just wrong, but something we will once again have to get used to.