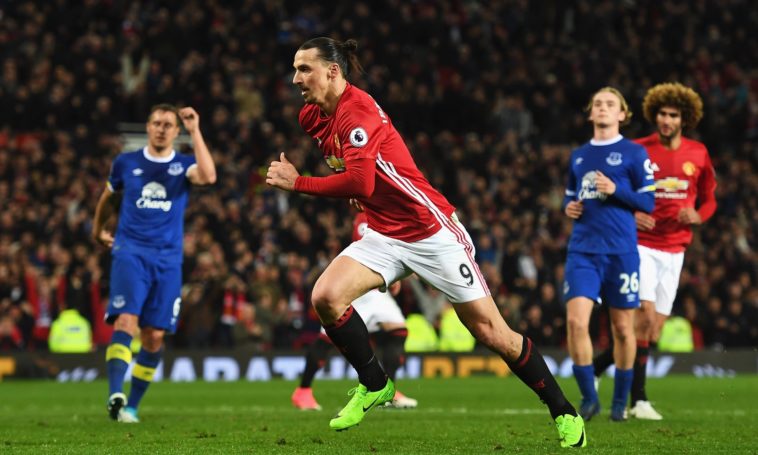 Endless crosses, long balls, a Pogba effort denied by the crossbar and an opposition goalkeeper having a man of a match game, yes it was another Old Trafford draw.

Manchester United fans must have a nauseating sense of deja vu. Their team just seems incapable of winning at Old Trafford or scoring more than one goal in a game.

The most frustrating thing for United fans must certainly be the lack of quality their team delivers on the famous Old Trafford pitch. The 76,000 inside Old Trafford are treated to an endless stream of long balls and crosses into the box from any possible position.

United certainly aren’t playing the ‘way they should’ at the moment, Mourinho’s team have won just once in the Premier League at Old Trafford in 2017.

Zlatan Ibrahimovic returned to the United side after his suspension hoping to be the catalyst to spark United into life. The first chance of the game fell to the Swede as he was played through on goal but was denied by a block from Ashley Williams.

Kevin Mirallas, back in the side for the game looked dangerous and forced a corner for the away side. It was from that corner that Everton took the lead. Phil Jagielka was able to raise his foot to flick the ball past David De Gea. The marking was questionable to say the least from Marcos Rojo.

The goal appeared to spark United into life. Ander Herrera tested Robles with a long range shot from outside the area. Everton goalkeeper Robles did well to save it and send it out for a corner.

After the break Mourinho introduced Paul Pogba to the team in place of Daley Blind. The change left United forced to play Ander Herrera at right back.

With all the crosses and bizarre tactical decisions, United fans’ deja vu probably took them back to the days of David Moyes.

Everton became more defensive in the second half as if to say to United ‘break us down if you can’. For the majority, they couldn’t.

However, Zlatan Ibrahimovic thought he found the leveller but his header was disallowed for offside. However upon reviewing the decision, United should have been level. Ibrahimovic was clearly onside.

Manchester United the. fell into their usual spree of terrible football from the 60 minute mark. They switched into long ball mode. It was as if they lost all creative ideas in their play and seem incapable of not hoofing the ball or crossing it.

It was incredibly poor from United and raises a lot more questions as to the progress United have made under Mourinho.

As United became more desperate the more defensive Everton became. It was comfortable defending for Everton who had to deal with the onslaught of United’s aimless crossing.

Somehow United found a way to score. Luke Shaw’s strike at goal was saved rather well by Ashley Williams. Unfortunately for Williams, it was seen by the referee. Neil Swarbrick pointed to the spot and gave the Everton man a straight red card.

Zlatan Ibrahimovic stepped up and converted the penalty to make it 1-1.

Yet again the 35-year old Swede saves United despite a pretty invisible performance from him during the game.

Yes, United dominated the game in terms of shots and possession. But in terms of quality, they once again did not produce anything noteworthy. Things at Old Trafford really seem to be starting to regress close to the dire standards of last season.

We are currently looking for more writers to join our team. If you support Manchester United or Everton, and are interested in writing, then please apply to write for us.