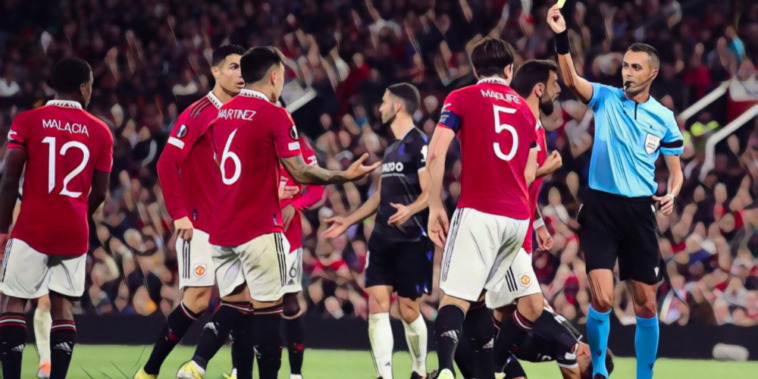 Manchester United were beaten 1-0 at home to Real Sociedad as the club’s Europa League campaign began with defeat at Old Trafford.

Brais Mendez scored the only goal of the game with an emphatic penalty in the second half, after substitute Lisandro Martinez was controversially penalised for a handball.

The Argentine defender was adjudged to have handled inside the area in a contentious VAR decision, with Mendez firing past David de Gea to hand Sociedad a first ever win over the Red Devils.

Cristiano Ronaldo returned to the starting side for Erik ten Hag’s side and had a headed goal disallowed for offside, after meeting Diogo Dalot’s cross. Harry Maguire also returned at centre-back, while Casemiro made his first start since arriving from Real Madrid during the summer.

The game went ahead as planned after consultation with the Football Association and Uefa, following the news of the death of Queen Elizabeth II.

Should the Premier League schedule go ahead this weekend, United will face Crystal Palace at Selhurst Park on Sunday, before a trip to face Sheriff in their next Europa League game on Thursday 15th September. The Moldovans won 3-0 at Omonia Nicosia in Group E’s other fixture.