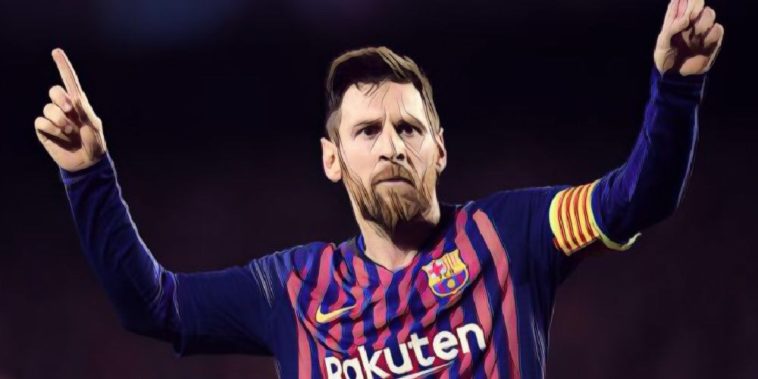 It has the potential to be one of the most high profile transfers of all time, and it seems as though Lionel Messi is determined to force out an exit from Barcelona.

After a rare trophyless season in Catalonia, and with problems running deep in the Barcelona hierarchy, Lionel Messi stunned the world this week by informing the club of his desire to end his 20-year affinity with the club.

Some felt that Messi’s stance was an attempt to force revolution at the Camp Nou, with fans already highly critical of club president Josep Maria Bartomeu and the board – the 57-year-old reportedly offering to step aside in a bid to keep Messi at the club.

According to the Telegraph though, senior figures at Barcelona are now ‘preparing for life without their iconic captain’, and are already looking at replacements, namely, Inter Milan forward Lautaro Martinez.

Manchester City are believed to be the frontrunners to land Messi’s signature where a move to the Etihad would see him reunited with Pep Guardiola, the pair having won the Champions League together in 2009 and 2011, though there remains huge sticking points on the terms of any potential departure.

The six-time Ballon d’Or winner and his legal team believe that he is entitled to leave for free having informed his club desire within 10 days of the end of the season, as stipulated in his contract, though the club are counter-arguing that such a clause expired in June, with the season originally scheduled to finish back in May.

Now, as Messi attempts to force through an exit, it is being reported in Spain that the 634 goal playmaker has now refused to show up for the club’s pre-season testing regime and has told Barca he no longer considers himself as part of the club.

The player is believed to have sought a meeting with the club to discuss an amicable departure, and we are starting to get excited at the prospect of seeing him prove once and for all that he can indeed do it on a cold windy night in England.