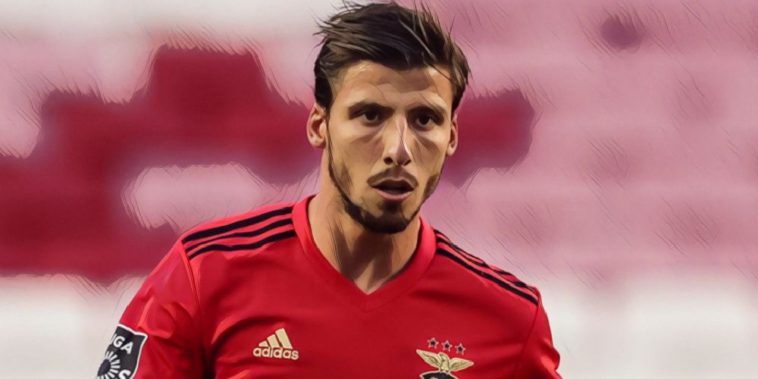 Having won back to back league titles, Man City‘s flaky backline would prove to be their undoing last season as Liverpool romped to title success, the Citizens having failed to replace club legend Vincent Kompany before being hit by a lengthy injury to key defender Aymeric Laporte.

Pep Guardiola has now moved to strengthen his backline this summer, the Catalan seemingly lacking trust in England international John Stones having drafted central midfielder Fernandinho into defence on a number of occasions last season.

The former Barcelona and Bayern Munich boss already splashed £41 million to bring in Nathan Ake from Bournemouth this summer, and now Benfica have confirmed that a deal has been agreed for right-sided centre-back Ruben Dias.

The deal – worth an initial £62 million, plus a further £3.6m in add ons – will also see Argentinian defender Nicolas Otamendi moving in the opposite direction to bring an end to his five-year association with the club in a deal worth £13.7m.

The Etihad outfit have previously been linked with a move for Napoli’s Kalidou Koulibaly and Sevilla’s Jules Kounde, but have been unwilling to match either side’s asking price and have now turned to the Portugal international.

Dias – who scored on his final appearance for the club in a 2-0 win over Moreirense on Saturday evening – is expected to fly to Manchester for a medical ahead of an unveiling later this week, the 23-year-old having agreed a five year deal with the Premier League runners up.

City’s defence was once again scrutinised after they let in five goals, including three clumsily conceded penalties in a 5-2 defeat to Leicester on Sunday afternoon.