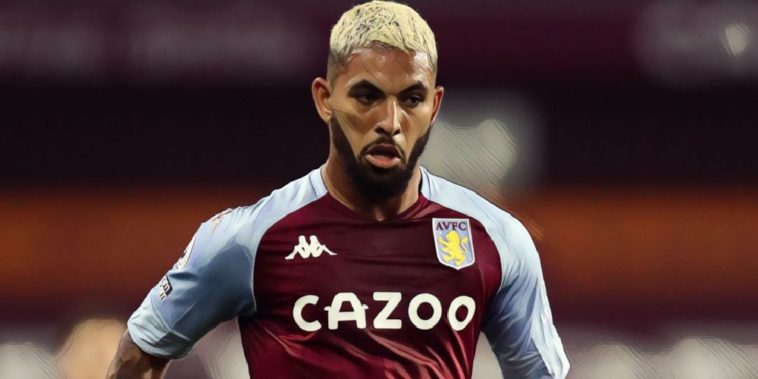 Manchester City are reportedly considering triggering a clause to re-sign Douglas Luiz from Aston Villa, the midfielder having enjoyed a fine season under Dean Smith.

The Brazil international was originally signed by City from Vasco da Gama back in 2017, yet was forced to spend the next two years out-on-loan at La Liga side Girona after being denied a work permit in the UK.

Pep Guardiola and co were eventually forced to reluctantly allow him to move to Villa Park in the summer of 2019 in a £15m deal, the move allowing him to secure a permit to be able to play in the Premier League.

Since then, the 23-year-old has shone alongside John McGinn in the Villa midfield and has featured 68 times on the top-flight, scoring three goals in that time, all of which came in his debut campaign for the Midlands’ club.

According to 90min, such strong displays have left City considering the possibility of re-signing the player, the title winners having the option of activating a £25m buy-back clause.

While City are currently well-stocked in the midfield department – with veteran Fernandinho looking set to extend his contract this summer – the club could trigger his buy-back clause to then sell him on, with La Liga champions Atletico Madrid said to one of the rival clubs interested in making a move.

As per the report, that has effectively left Villa with little say in the matter, although they could potentially purchase the buy-back clause off of City.

Should Luiz depart, the club will be forced to search for a replacement, although they have already plucked Morgan Sanson from Marseille during the January transfer window, although the Frenchman missed the end of the season due to injury.

The Brazilian’s departure would of course be a huge blow to Smith’s side, as he played pivotal role in the keeping the club up during his first season at the club, as well as in their improved domestic display this term.