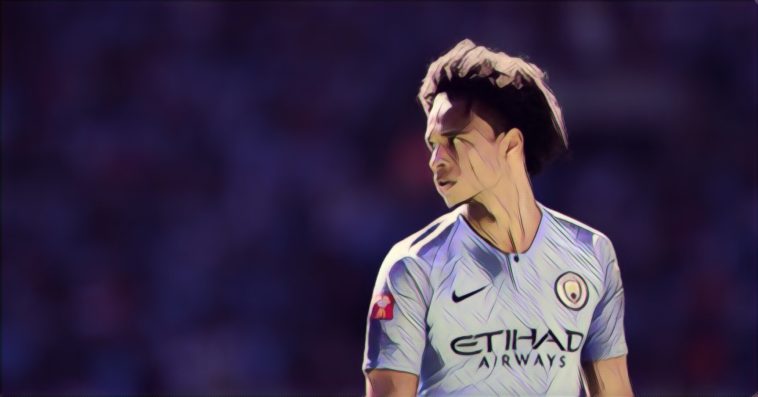 Premier League Champions Manchester City got back to winning ways when they defeated Rafa Benitez’s Newcastle side 2-1 this evening at the Etihad.

One major talking point from the game though was that last seasons PFA Young Player of the Year Leroy Sane was left out of City’s matchday squad.

Reports suggested that Pep Guardiola had left the 22-year-old winger out because of a poor attitude in training, although the former Barcelona and Bayern Munich coach insisted afterwards that the Germany international’s omission was purely down to him rotating his attacking players.

“I am completely happy with his attitude. It was my decision,” Guardiola told a post-match press conference.

“We have six strikers. Last time Phil Foden wasn’t in the squad. I was sad to leave him out as I never see him play bad in training.

“We have a big squad and today it was Leroy, maybe another day it will maybe be Raheem or Riyad or Bernardo or Sergio or Gabriel.

“Today I took that decision for the way the opponent plays and what I saw every day. That is the reason why. Of course, Leroy was so important for us and hopefully this season he will be.”