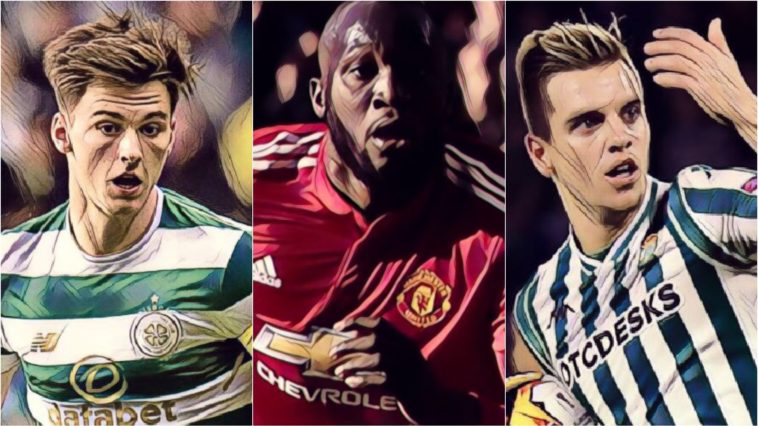 All of the major transfer dealings featuring Premier League clubs as the 5pm deadline has elapsed today.

There are three guarantees in life: death, taxes, and Jim White shouting “it’s all happening” through the television screen on Deadline Day, even when it most certainly is not all happening.

Some things did happen today though. So we’ve collected all of the comings and goings, as well as the players going nowhere, in one place for you.

It’s a deal that wasn’t expected at the beginning of the window, but just as it’s about to close, Romelu Lukaku gets his desired move to Serie A.

It’s a good move for all sides really: Manchester United lose a good striker, but have more or less broken even on a player who no longer wanted to stay at the club; Inter have secured a goalscorer that will greatly improve their frontline ahead of the Champions League campaign, especially now that Mauro Icardi is considered persona non grata; Antonio Conte finally gets the players he’s wanted since he was Chelsea manager; and Lukaku gets exactly what he wanted.

An absolute steal for a gem of a player. Some will have reservations about the defender’s ability to step up from the Scottish Premiership to the Premier League, but he is a definite upgrade on what they already have.

Welcome to The Arsenal, @kierantierney1 ?

Arsenal have bolstered their defence even further by bringing David Luiz to the Emirates from across the Thames.

Can confirm deal sheets have been submitted for David Luiz to join Arsenal from Chelsea and for Alex Iwobi to join Everton from the Gunners. #AFC #CFC #EFC

Another full-back moving to a London club for £25m, Ryan Sessegnon has long been a target of Spurs. The 19-year-old started out his career as a left-back, but is more suited to playing further up the pitch.

The Cottagers will probably be more happy with this deal than Celtic will with Tierney’s exit, as Sessegnon only had one more year left on his deal, the club got Josh Onomah in return, and there’s possibly another £5m in add-ons coming their way too.

"I think it's the right time for me to come here – an exciting team for me to join."

A transfer signing a whole summer in the making and it’s… a loan deal. Presumably will be made permanent at the end of the season, but it’s been a good window for Spurs.

West Brom are not messing about today, they mean business and are determined on gaining promotion this season. Four million beans on Charlie Austin is a serious signal of intent from the Baggies, who have gotten themselves a proven goalscorer, although one worries about what state his knees might be in.

It was only this morning that Sarr was being tipped as a potential replacement for Wilfried Zaha at Crystal Palace, but Watford swooped in and nabbed him for £30m. The Senegalese winger made 35 appearances in Ligue 1 last season, providing eight goals and six assists for Rennes.

A roar from our very own Senegalese Lion ???@FootballSenegal pic.twitter.com/zW4w49yGvm

A Praetty great deal, if you ask me.

Good morning. I am pleased to announce the signing of Switzerland international striker Albian Ajeti from FC Basel for an undisclosed fee.
The 22-year-old joins the Hammers on an initial four-year contract, with an option to extend for a further two seasons.
Welcome Albian. dg pic.twitter.com/XN0JxJjn8F

? @AaronMooy has signed a new contract with #htafc ahead of a season-long loan move to @OfficialBHA.

Aaron has put pen-to-paper on a new three-year deal, which will run until 2022, before a move on loan to the Seagulls to pursue his ambition of playing in the @premierleague.

? @ScottHogan_9 becomes #SCFC’s eighth summer signing, joining on a season-long loan from #AVFC. Here are the strikers stats from his time spent in the @SkyBetChamp. #EFL @total_designs pic.twitter.com/PTnLIusPBZ

"The manager made it clear what he wanted to do and it was something I wanted to be apart of."#SCFC ?⚪

Can’t wait for the new season. Happy to be joining @htafc on loan for the season, I will give my last breath too see this fantastic club get back to the premier league ! #htafc pic.twitter.com/G6PQcpa1jZ

The winger’s proposed multi-million euro move from Manchester City to Bayern Munich appears to have been stifled by an injury he sustained in the Community Shield against Liverpool, which will require surgery.

Even a temporary deal for Dybala impossible to do. Image rights remained an issue, but that also just brought other complications.

Spurs had been working on this for three weeks, and a pity.

Would have been the statement move, in otherwise solid business.

I guess Real Madrid weren’t that interested after all.

It looks like the Frenchman will be at Old Trafford for another year.

Man United left it too late to get this one done.

Mario Mandzukic deal is still so difficult, at the moment. #MUFC ?❌ https://t.co/AkXwfDUGqj