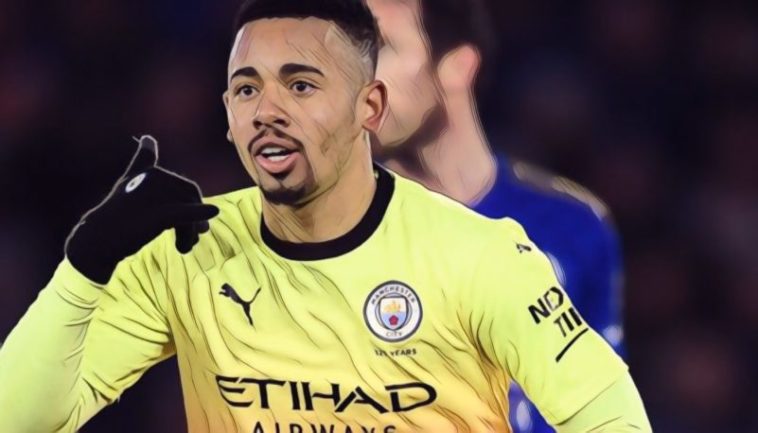 Manchester City consolidated their second place position in the Premier League with a 1-0 away win over third place Leicester this evening.

The Foxes were aggrieved that they were not awarded a first-half penalty after a James Maddison free kick clearly hit the hand of City midfielder Kevin de Bruyne.

Leicester would then be further incensed after the break when a handball was given against Dennis Praet, a powerful shot from Ilkay Gundogan striking the Belgian midfielder on the arm.

City would eventually find a winner though, with former Leicester man Riyad Mahrez going on a surging run through the middle of the park, before slipping in Gabriel Jesus, the Brazilian striker stroking home from eight yards.

Speaking after the game Algerian winger Mahrez admitted his team had been made to work hard for the three points, and praised his side for reacting well to the penalty miss.

“It was a tough game. It’s always difficult to come here, they played very deep, five at the back,” Mahrez told Sky Sports.

”We tried to break them down but it was difficult. After the second half it was more on the counter, so we had more space and that made the difference.

Mahrez went on to describe his thought process in laying on the assist for Jesus, and also revealed that today’s win was the perfect preparation for City’s mouthwatering Champions League clash with Real Madrid in midweek.

“At first I wanted to shoot and then I see the space, and at the last moment I see Gabi. I knew he wasn’t going to be offside because he was watching the line, so I gave him the ball and it was a good finish.

“The most important thing is that we won today even if we miss the penalty. Today we showed a great reaction after the miss.

“It was a perfect game to prepare [for Real Madrid], a tough game, we are ready.”