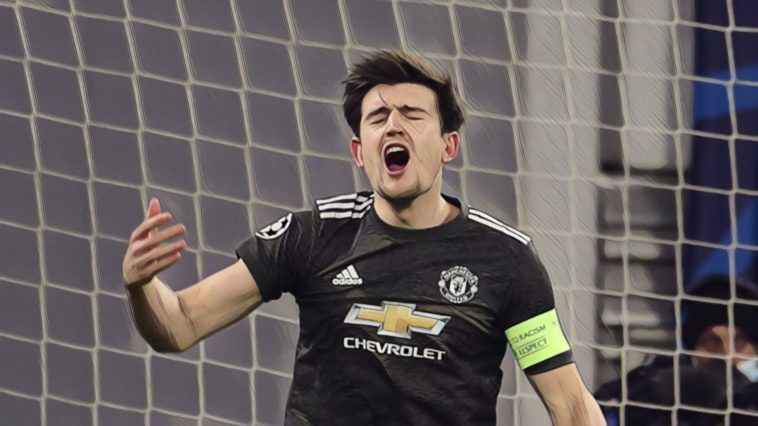 Harry Maguire has delivered an honest assessment as Manchester United crashed out of the Champions League and admits the club’s defence failed to do the ‘basics’ against RB Leipzig.

United were eliminated from the Champions League following a 3-2 defeat at the Red Bull Arena, with a dreadful defensive performance seeing Leipzig race into a two-goal lead within the opening 13 minutes.

Julian Nagelsmann’s side extended their advantage in the second half and held on to secure their own progress to the knockout stages despite a late fightback from the Red Devils, who now drop into the Europa League following a disappointing defeat in Germany.

United have now fallen behind in each of their past four fixtures in all competitions and despite securing comeback victories over Southampton and West Ham of late, the club were unable to repeat those successes in Leipzig.

Maguire has criticised his side’s slow start and admits their display ‘wasn’t good enough’ to secure progress to the knockout stages, offering no excuses as the Red Devils failed to do ‘the basics’ in a poor performance.

“The first 20 minutes we weren’t at it. They put two balls in the box and we failed to deal with them.

“We have to look at ourselves, we gave ourselves too much to do. You’ve seen how close we came at the end but we started too slow and we can’t keep falling behind.

“We said on Saturday at half-time, 2-0 down, the next goal is crucial and we said it again tonight. They made it 3-0 and the task becomes even bigger. The third goal proved to be the crucial one but even three down we came close at the end.

“It’s a tough group but we felt we should get through. That’s the standards of this club. I’m gutted for everyone, we worked so hard to reach this competition. No matter what group we got it would be tough. We have to do more.”