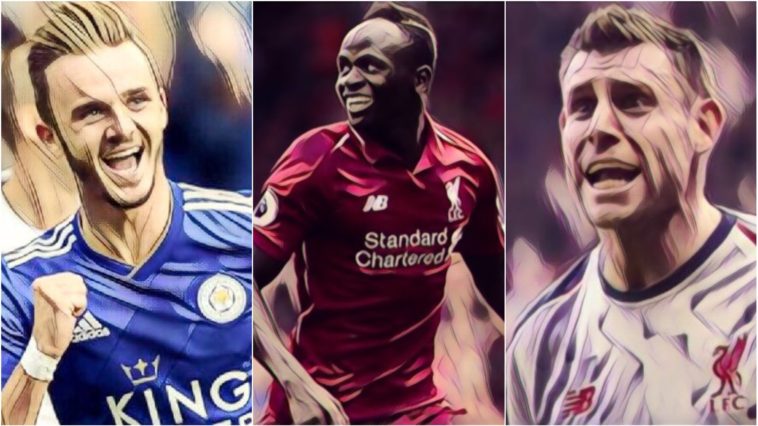 The FA Cup cut a hole in the Premier League weekend, meaning we had no Man City, no Manchester United and no Spurs, with a bunch of sides playing in the quarter-finals.

The competition had some exciting moments, with Wolves knocking out the Red Devils, City staging a comeback against a Championship side, and Brighton doing the same but winning on penalties.

Meanwhile, there were only five league games at the weekend, but some great action nonetheless. Three of the matches featured injury time winners, one of which was a seven goal thriller, while one of the title challengers had a close scare. So let’s dole out some awards:

James Maddison scored a wonderful free-kick during Leicester City’s 2-1 win over Burnley on Saturday, after which he revealed a shirt that read “RIP Sophie I love you”.

The person to whom the Englishman dedicated the goal was Sophie Taylor, a five-year-old girl who died of bone cancer in January of this year. On his Instagram account, Maddison wrote: “That was for you Soph, I know you were watching.”

I’m not even sure this was Sadio Mane‘s best performance of late, so impressive has he been since the new year, but it definitely showed how important he is to the Liverpool cause.

With Mo Salah and Roberto Firmino only being very good rather than as excellent as they were last season, Mane has stepped up in terms of production. The attacker has already equalled last year’s tally of 20 goals in all competitions with the opening goal against Fulham at Craven Cottage, his eleventh in eleven games. He also won/bought the penalty that secured a narrow win, sending the side back to the top of the Premier League table.

Salomon Rondon reached double figures for the season on Saturday with this lovely free-kick right on the stroke of half-time. The West Brom loanee has been instrumental in Newcastle United’s turnaround in the second half of the season, and a permanent move could be on the cards for the Venezuelan.

This week’s award belongs to several Liverpool players after successive mistakes resulted in a Ryan Babel goal for Fulham. Firstly James Milner completely skewed a clearance under little pressure before Virgil Van Dijk failed to take control of the situation, allowing his fellow Dutchman to steal the ball from him.

Even then Alisson Becker had an opportunity to snuff out the danger, but decided to try and save the ball with his legs rather than his hands, with Babel racing through after the ball bounced off him fortuitously. The lesser spotted three man howler. The Reds can count their blessings they ended up with all three points.

Marko Arnautovic spent all of January trying to get away from West Ham for a lucrative move to China, and is supposedly ‘frustrated’ that he finds himself out of his manager’s plans ever since.

The Austrian was given a golden chance to redeem himself with a start against Huddersfield Town on Saturday, but was so listless that he was booed off when being substituted. Arnautovic was the cock of the walk not so long ago. How quickly things change.

After scoring for Huddersfield against West Ham, Karlan Grant is now the Terriers’ joint-top goalscorer in the Premier League and Charlton Athletic’s joint-top scorer in League One. Remarkable.