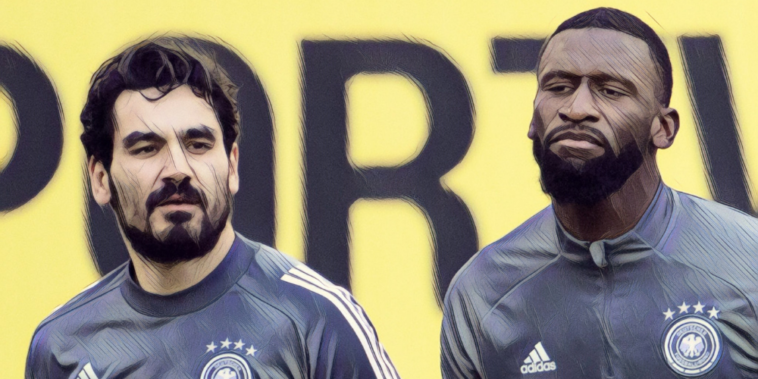 Joachim Löw has revealed Germany have three fitness doubts ahead of their Euro 2020 last-16 clash with England at Wembley.

Germany face their old rivals for a place in the quarter-finals of the European Championship this evening, having progressed from the tournament’s ‘Group of Death’ as runners-up to world champions France.

Löw will leave his position as Germany manager after Euro 2020, following a 15-year spell in charge that has seen the 61-year-old win the World Cup and reach at least the semi-finals in six major tournaments.

Ahead of Germany’s knockout round clash with England, Löw has revealed his side have several injury doubts with defensive duo Antonio Rüdiger and Robin Gosens suffering from ‘small infections’ and ‘tiredness’.

“We decide with the doctors on match day,” said Löw. “Maybe they will get up and feel well but maybe it will get worse overnight so we need to wait. I don’t know if these three will be at our disposal, I cannot say that. But [if not] we will have other solutions.”

Manchester City midfielder Ilkay Gündogan is also a doubt for the clash at Wembley, with the 30-year-old having suffered from dizziness following a head injury.

“Ilkay suffered a cranial bruise. He felt a little bit better today, yesterday he still felt a little dizzy especially in training so we said we had to stop his load. Today he did a good job so we will decide tomorrow.”