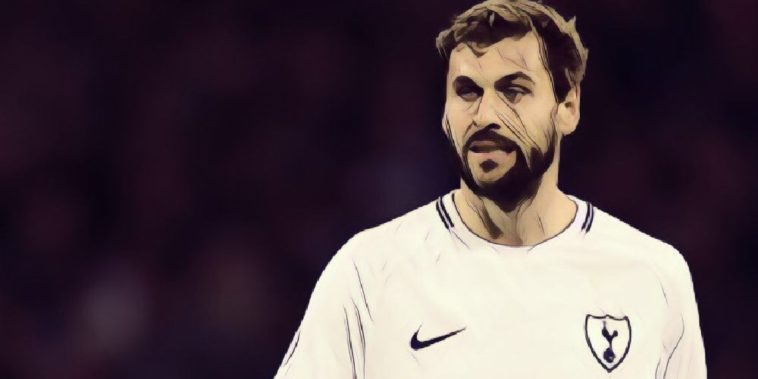 Fernando Llorente has admitted that he would be delighted to stay at Tottenham Hotspur beyond the end of his current contract.

Having been a bit of a forgotten man within the Spurs squad, the Spaniard has found himself become a key figure for the North London club following the injuries to Harry Kane and Dele Alli, who are both expected to be out until next month.

Llorente had only made 12 appearances this season up until Kane suffered an ankle injury in the 1-0 defeat to Manchester United at Wembley last month, but has since featured in all seven of Spurs subsequent games, scoring three goals and providing a further three assists in what is proving to be something of a purple patch of form.

His contract is set to expire at the end of the season, but despite his limited opportunities when Kane is fit, the 33-year-old has admitted he would love to stay with the Premier League side.

“If I renew for a year, I am delighted, the project is exciting here at Tottenham, but we will be attentive to any call that may come,” Llorente Cadena SER.

The former World Cup winner has been linked with a return to Athletic Bilbao where he started his career, although, in a separate interview, he said that he didn’t know anything about his former clubs interest:

“I don’t know anything [about interest from Bilbao]. The truth is I’m very satisfied here in Spurs, I haven’t thought about leaving,’’ he told the Independent.

“I’m at a great club, I still have a contract, and my intention is to win trophies here. Right now, I’m enjoying a good moment, and I hope I can keep scoring goals and everything keeps going well.”