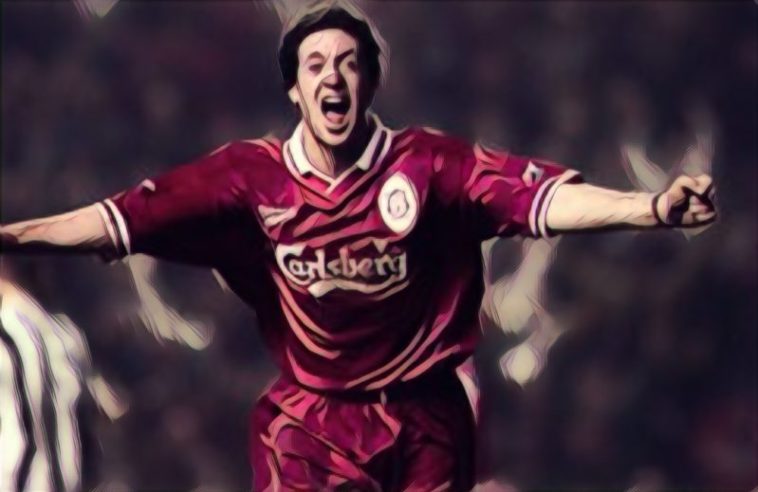 Despite their infamous title drought, Liverpool FC have been one of the most entertaining sides in the Premier League era. Even in their less fruitful years between 2010 and 2015, they still had eye-catching forwards with the knack of chipping in with vital and often top class goals. Here’s a closer look at their top five Premier League goal scorers.

Despite playing just three and a half seasons on Merseyside, Fernando Torres chipped in an impressive 65 goals. El Nino was a darling of the Kop, possessing a frightening burst of pace and predatory eye for goal, he was a potent weapon in Rafa Benitez’s Red Machine.

The Spaniard struck up an almost telepathic partnership with Steven Gerrard, scoring some wonderful goals in the process. A memorable swiveled half-volley against Blackburn and his demolition of Nemanja Vidic at Old Trafford in 2009 are particularly fond memories for Kopites.

Don’t expext the red carpet to be rolled out for him at Anfield though. A 2011 switch to arch rivals Chelsea did a lot to diminish his reputation with the Liverpool faithful – although they did enjoy his struggles in West London quite a lot after his £50 million transfer from Merseyside.

Arguably the most gifted player to ever to wear the famous Red jersey, the explosive and controversial Uruguayan is at number four on this list.

A truly great player, Suarez had the first few yards in his head, and had the quickest feet ever seen at Anfield. His low centre of gravity and outrageous skill made him loved by the Liverpool supporters.

He could score all manner of goals, but it was often his patent for the spectacular which earned him universal adulation from Liverpool fans. There have been more important goals and results, but his individual display and four goals in a 5-1 walloping of Norwich in the Winter of 2013 was perhaps the finest individual display Anfield has ever seen.

Had the 2013/14 title race ended in success, it would have been Suarez that brought it home to Liverpool. 30goals in 33 games that season was an unbelievable return, which ultimately forced Barcelona’s hand with a £75 million transfer that summer. Too bad Rickie Lambert wasn’t as quick off the mark as his Anfield successor…

A bit like Torres, Owen’s status amongst the Liverpool fans is somewhat diminished. He’s become a bit of a footnote and a figure of fun, however, his impact on the club should not be allowed to slip from memory.

Owen burst on to the scene in the late 90s, at a time when the club already had Stan Collymore and Robbie Fowler at the peak of their powers. The teenager showed real hunger and raw ability to elbow his way into the first team. His pace and natural ability to finish in one on one situations was frightening for someone so young. Without a doubt though, he was overplayed in those early years, contributing to the hamstring injury at Leeds United, which would go on to haunt him for the rest of his career.

Despite the injuries, Owen would go onto be Liverpool’s top scorer each season between 1997-2004, winning a Ballon D’or, an FA Cup, two League Cups and a UEFA Cup in that period.

His antics in the 2001 FA Cup Final were the stuff of legends, as he pinched the trophy from under Arsenal’s noses with two well taken late goals. His second that day, was a trademark finish after he got on the end of a a wonderful Patrick Berger through ball, before lofting it over David Seaman into the far corner, to the jubilation of the Liverpool fans in Cardiff. A Liverpool legend if ever there was one.

The only midfielder on this list, and arguably the club’s greatest player of all time. Gerrard’s goal scoring for Liverpool was as great as his career was. From 30 yard screamers to vital, nerveless penalties, the Huyton lad was never a let down.

His goal scoring evolved along with his career. He always possessed that thunderous right foot, but he also finely tuned his efforts to score more frequent accomplished striker’s finishes, arriving in the right place to finish off a move. He was also handy in the air and at set plays, in fact, very rarely did he score a goal in his prime, which wasn’t right out the top draw.

As great players so often do, Gerrard scored in the very biggest of matches, often winning games single handedly for his club. Five goals in four finals, including his efforts against West Ham in 2006 which dragged his exhausted team to penalties, was testament to his will to win.

The Toxteth Terrier became his inner city district’s greatest export since Ringo Starr, when he burst on to the scene in 1993.

Fowler was the club’s greatest ever natural, penalty area poacher. Ian Rush may just eclipse him on a technical level, but Robert “God” Fowler was as lethal as they have come inside the area.

He needed a mere ‘sniff’ of goal to apply a top class finish and was wonderfully tenacious on the pitch. A true character and street footballer, Fowler also kept up morale for the club at a time when Liverpool fell behind Manchester United and Arsenal in the pecking order of English football.

His four minute hat-trick at home to Arsenal in August 1994 was a masterclass of poaching and top class quality finishing. However, if anyone doubts his ability as a footballer they need only cast a glance at his world class strike against Alaves in the 2001 UEFA Cup Final. True class from a true great.